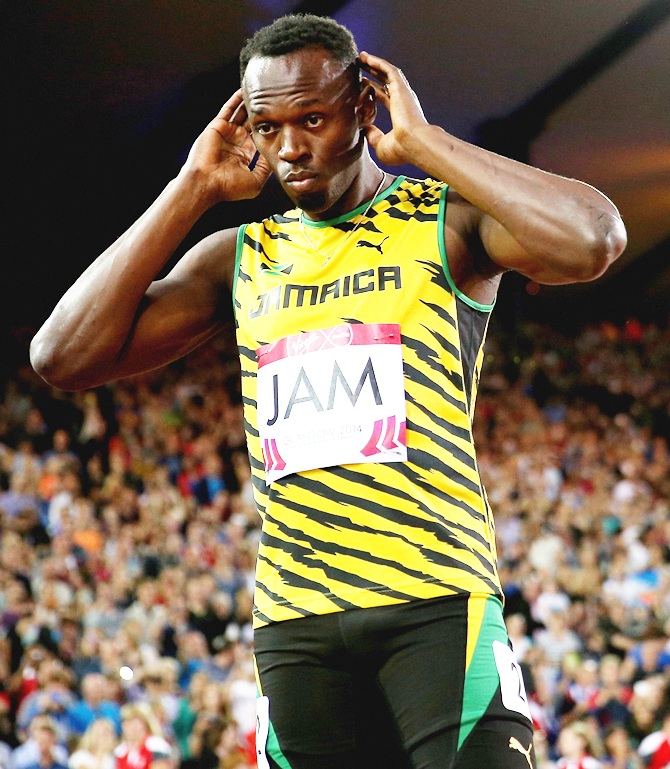 Usain Bolt has scrambled into the men's 100 metres final.
The Jamaican stumbled out of the blocks and had to play catch up, eventually inching through his heat in 9.96 secs.
The 100 metres world record (9.58 secs) was set by Bolt in the Berlian edition in 2009.
Bolt's biggest challenger, American Justin Gatlin eased into the final, winning his heat with a time of 9.77 secs.
The controversial Gatlin, who arrived in Beijing on a 27-race unbeaten run stretching back two years, had underlined his status as gold medal favourite with the fastest time in the first round.
« Back to LIVE