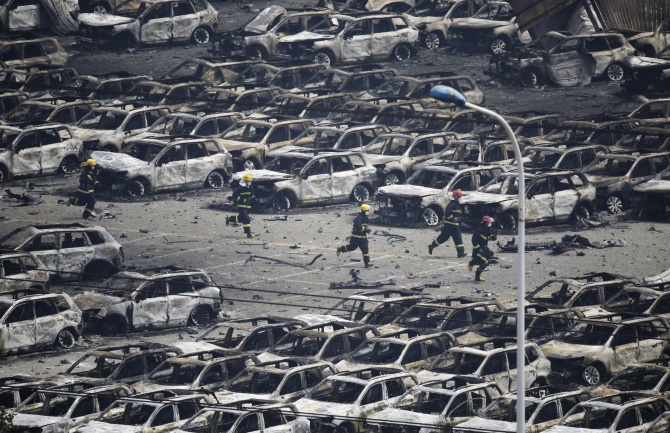 The death toll from a warehouse blast in north China's major port city of Tianjin has risen to 123 while 50 people were still listed in the country's worst industrial tragedy, authorities said.
The dead included 70 firefighters and seven policemen. All the victims have been identified, state-run Xinhua news agency reported citing officials. Fifty people remain missing, including 34 firefighters and four policemen, nearly two weeks after powerful explosions ripped through the warehouses storing dangerous chemicals in Tianjin on the night of August 12.
« Back to LIVE