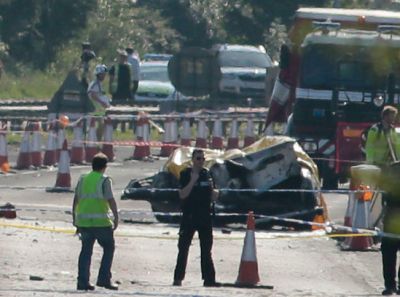 A military jet taking part in a British airshow crashed into a busy main road, killing seven people and injuring more than a dozen others, police said.
The Hawker Hunter fighter jet, which was participating in the Shoreham Airshow near Brighton in southern England, hit several vehicles on the road as it crashed this afternoon. Witnesses told local TV that the jet appeared to have crashed when it failed to pull out of a loop maneuver.
« Back to LIVE