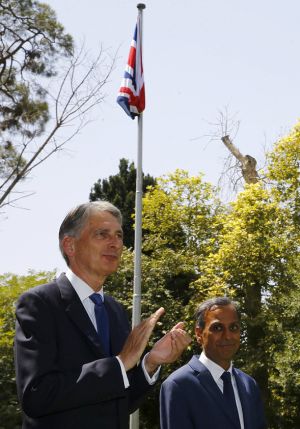 The British embassy in Iran has reopened, nearly four years after it was closed. Foreign Secretary Philip Hammond attended a ceremony in Tehran with Iranian diplomats to mark the reopening while Iran will reopen its embassy in London later. The UK embassy was closed in 2011 after it was stormed by protesters during a demonstration against sanctions. Hammond is the first UK foreign secretary to visit Iran since 2003. The visit comes weeks after Iran reached a deal with six world powers aimed at curbing its nuclear programme.
« Back to LIVE