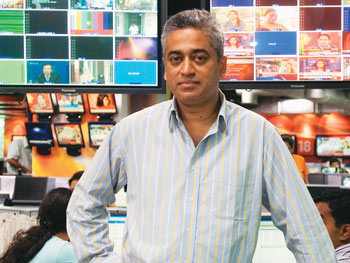 So, Rajdeep Sardesai has joined the India Today Group as Consulting Editor.

India Today posts this on their website: Rajdeep has been founding member of two TV networks. He started his television career in 1994 and was a founding member of NDTV and, subsequently, CNN-IBN. Prior to TV, he worked with the Times of India for six years and was the city editor of the newspaper's Mumbai edition. Rajdeep was the Editor-in-Chief of IBN18 Network heading CNN-IBN, IBN-7 and IBN-Lokmat for nine years. He has just finished his first book based on the historic 2014 elections. Rajdeep has won several national and international awards for journalism, including the Padma Shri in 2008."