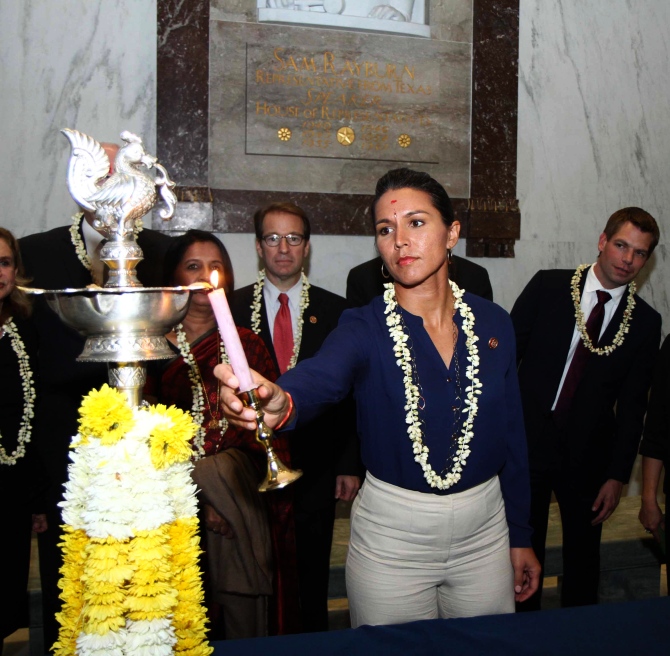 Rediff.com's Aziz Haniffa reports from Washington, DC:  Democratic Congresswoman Tulsi Gabbard, the only Hindu American in the United States House of Representatives and a darling of the Indian American community is coasting to a rollicking re-election victory in Hawaii's 2nd District.

The first and only Hindu American in Congress, who was elected two years ago, serves as a military police captain.

Her office said that because of Pentagon rules, "During this time, she will be unable to accept media requests or make public statements related to her official Congressional duties."

"Her offices in Hawaii and Washington DC will remain open and serving her constituents during this period.  The duration of her duty is yet to be determined," a close aide to Gabbard told rediff.com.
« Back to LIVE