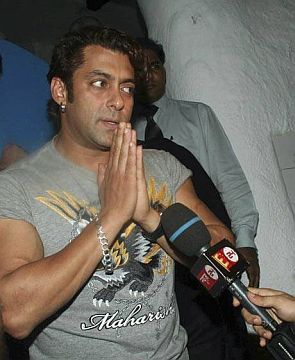 Black buck poaching case: The Supreme Court reserves the order on the Rajasthan govt's appeal against suspending conviction of actor Salman Khan. The SC questions if Salman deserved relief only to enable him to travel to the UK; the court says Salman remains a convict.

Reportedly, today was supposed to be the final hearing in connection with infamous 1998 case. Salman was convicted and sentenced to one year and five-year prison term in separate cases of poaching of two Chinkaras at Bhawad and one black buck at Ghoda Farm (Mathania) on the intervening night of September 26-27, 1998 and September 28-29, 1998 respectively.
« Back to LIVE