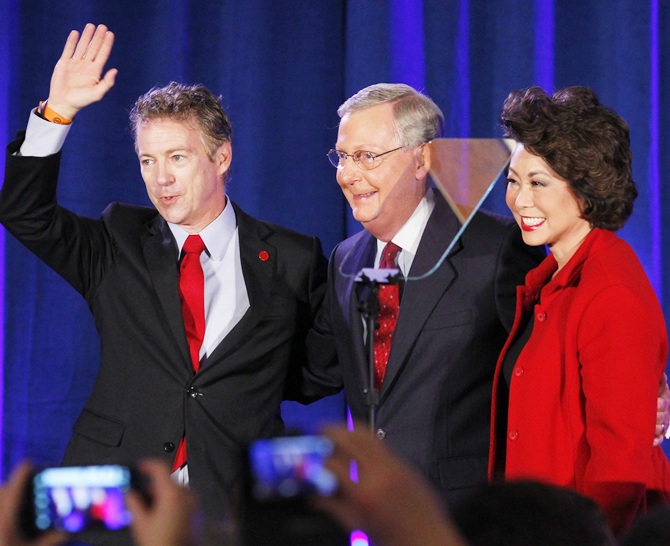 The thumping win upends the balance of power between the White House and Capitol Hill only six years after Obama's Democrats swept to power and marginalized Republicans in a rush to reform health care, Wall Street and pass a huge stimulus package.

Now, it's Democrats who will take the back seat on Capitol Hill, relying mostly on the power of the filibuster to stymie Republicans and keep Obama's legacy intact.