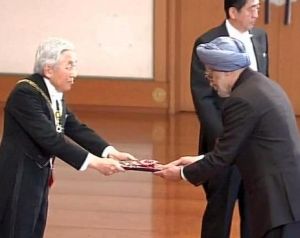 Singh was awarded 'The Grand Cordon of the Order of the Paulownia Flowers' for his "significant contribution to the enhancement of relations and promotion of friendship" between Japan and India for about 35 years.