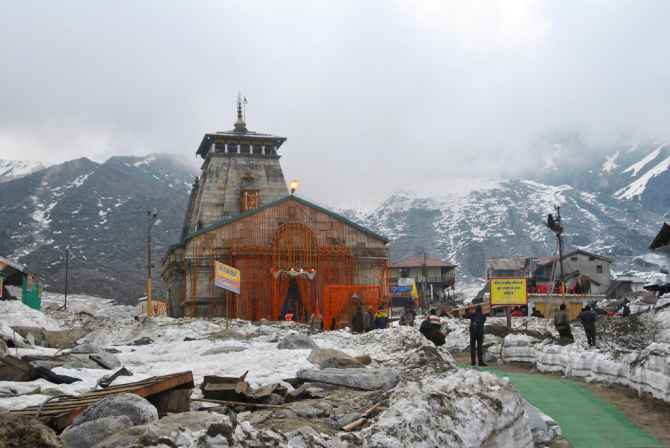 A year after a massive deluge hit Uttarakhand causing extensive damage to areas close to Kedarnath, authorities have so far recovered 44 skeletal remains of the victims from the valley since March this year.

DIG G S Martolia who heads a Task Force constituted recently to carry out intensive combing operation in the area today said 44 skeletal remains have been found till date from different areas in the Kedar valley and cremated.

However, for the past 24 hours despite an intense search operation in the valley no fresh skeletal remains have been found, he said.

"We conducted a combing operation in the higher reaches at Gomkara located at about 10,500 ft above Gaurikund on way to Kedarnath and through the ridges along Toshi road near Trijuginarayan till late last evening but no bodies were found," he said.

These areas are in focus at present as there were reports that there are bodies still lying in the surrounding forests, the DIG said.

Today also the operation continues in these areas but no fresh skeletal remains have been recovered so far, he said. However, the combing operation by the 22-member STF will continue till the valley is cleared of bodies, he said.
« Back to LIVE