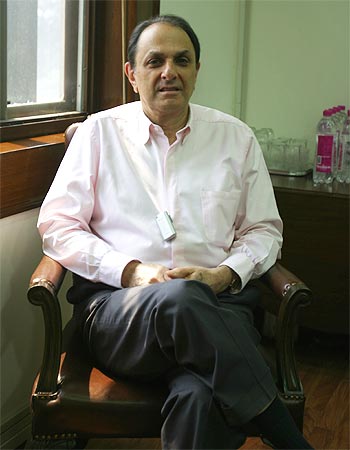 Just in: Ness Wadia's father, Nusli Wadia has filed a complaint with the NM Joshi police station in Mumbai saying he has been receiving threats from the underworld. Wadia is the chairman and majority owner of Bombay Dyeing, and has holdings in real estate across Mumbai.

As per reports, Wadia has claimed that the caller (reportedly Ravi Pujari's gang) threatened to harm the Wadia Group's interests. However, it is still not clear if the threat call was in any way related to the Preity Zinta-Ness Wadia issue.

Preity had lodged a complaint against Ness last week alleging that her former boyfriend had humiliated her in public during an Indian Premier League match on May 30 at the Wankhede stadium in South Mumbai. The match was between Chennai Super Kings and Kings X1 Punjab. She has charged him for harassment and humiliation among other things.The Police had summoned Preity to record her statement and investigations were on.
« Back to LIVE