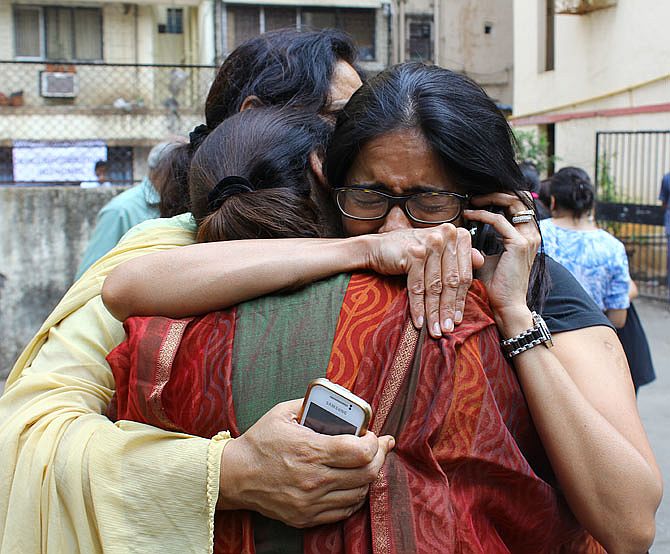 The demolition of illegal flats in Campa Cola compound beginning June 20 will be filmed and used as proof against the residents if they offer resistance, the Bombay Municipal Corporation said today.

"We will be video-recording the entire demolition process, which we will carry out from June 20, so that it can be used as proof against residents in the Supreme Court if they stop us from performing our duties," Mohan Adtani, additional municipal commissioner, said.

At the first stage of eviction, the Municipal Corporation of Greater Mumbai (MCGM) will cut off electricity, water and gas supplies to the illegally built flats. Internal walls of the flats would be pulled down in the second phase before finally demolishing the balconies.

The families of the deceased residents would be given extra time so that they can complete the last rituals, he said. Campa Cola's first resident, Vinod Kothari (82), died on June 15 after a heart attack while 83-year old Chakravarti Chawla, a refugee from Pakistan, who had been hospitalised after suffering from kidney failure, expired on June 8.

Meanwhile, residents of Campa Cola said MCGM should extend their 'humanitarian gesture' to other residents as well. "It is heartening to know that the MCGM has some humanity left in them. We sincerely hope that this humanitarian gesture gets extended to other residents as well. We, as citizens, expect the MCGM to take a humane approach to this issue," Ankit Garg, a resident said.
« Back to LIVE