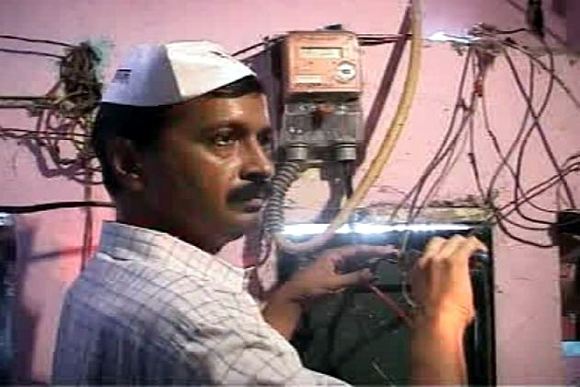 The Congress party on Sunday continued its power protest in the national capital, threatening to cut supply to the houses of former Delhi minister Manish Sisodia and BJP leaders if the crisis is not resolved soon.

A day after Congress leaders were detained when they tried to obstruct the movement of trains at Nangloi railway station in west Delhi, the party's senior leaders Ajay Maken, Shakeel Ahmed and Arvinder Singh Lovely protested in central Delhi's Karol Bagh area.

"If the crisis is not resolved soon, we will cut the electricity supply to the houses of Manish Sisodia (AAP leader) and BJP leaders," Delhi Congress chief spokesperson Mukesh Sharma said.

The national capital has been reeling under long hours of power cuts, following a 30 May storm, which damaged transmission lines.

The Congress - out of power both at the centre and in Delhi - has held a string of protests over the outages.

"Arvind Kejriwal and Narendra Modi are responsible for this condition of Delhi. Arvind Kejriwal wanted to be seen on television, so he protested at Rajghat," Maken said.

"I want to ask Piyush Goyal (union power minister) that last year approximately 5,800 MW electricity was supplied in Delhi, then why you are not able to fulfil the requirement of just 5,600 MW," he added.
« Back to LIVE