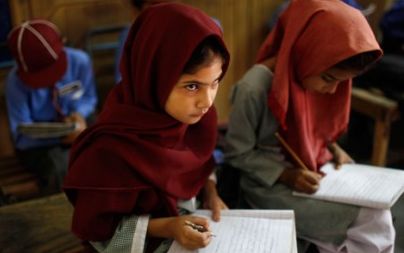 A Reuters journalist at the scene could hear heavy gunfire from inside the school as soldiers surrounded it. Military officials said at least six armed men had entered the military-run Army Public School. About 500 students and teachers were believed to be inside.

Eighteen people (not clear how many were students and teachers) are believed to have been injured in the cross fire between the terrorists and Pakistan security forces.
« Back to LIVE