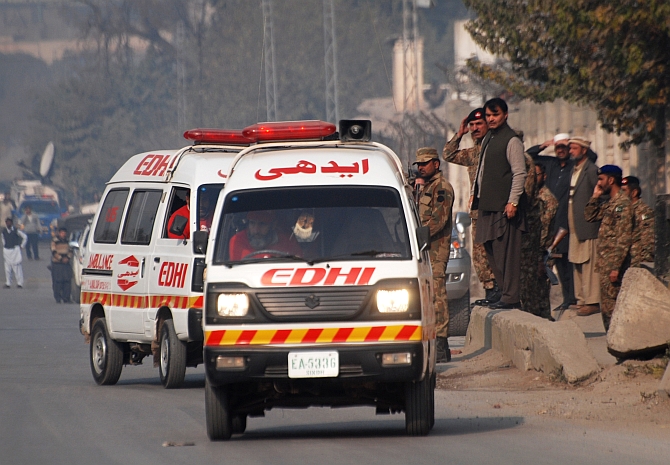 Early reports say four Pakistan hospitals near the school have run out of blood. Over 40 people have been injured. Twenty-five ambulances have been called in. The school building has been badly damaged.