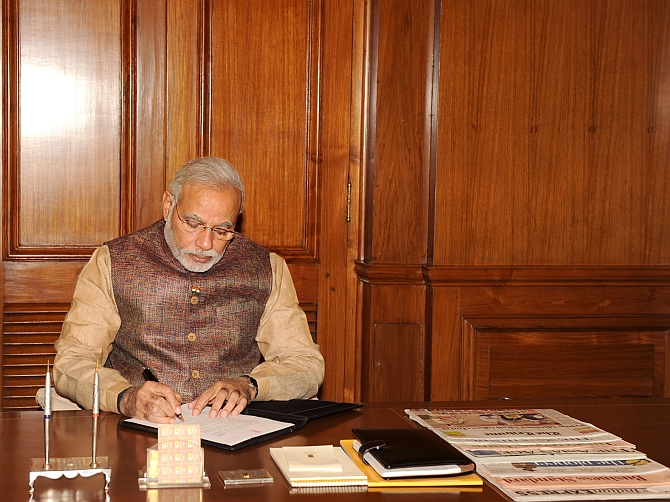 Prime Minister Narendra Modi read out the riot act to BJP MPs telling them that controversial statements made by some of them are hurting the party and the government's image and that no one must cross the line or the "Laxman Rekha."

Modi talked tough at the BJP's parliamentary party meeting held every Tuesday when the Parliament is in session. He told MPs development work must be "visible and not just on paper."

The PM is believed to be unhappy at comments made by BJP MP Sakshi Maharaj, who last week described Mahatma Gandhi's assassin Nathuram Godse as a "patriot".

A united opposition attacked the government and sources said Sakshi Maharaj was rebuked at a meeting of top BJP leaders, after which he had apologized in Parliament.
« Back to LIVE