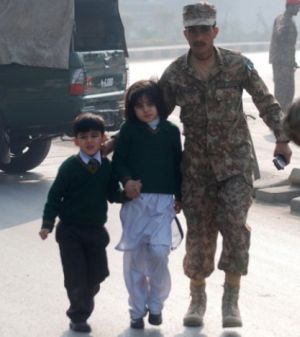 Security sources say that some of the terrorists have managed to escape from the site after cutting barbed wires around the school premises. Four gunmen are dead, one escaped, one is believed to be still holed up in the school.

Intelligence reports had warned of a terror attack on December 16.
« Back to LIVE