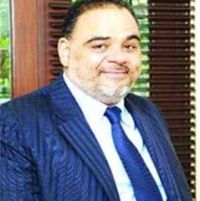 Liquor baron Ponty Chadha and his brother have died in a shooting incident at their Chattarpur farmhouse of in New Delhi. They two were fighting over property.

Delhi police have confirmed that Ponty and his brother Harvinder shot at each other.

Police sources say that six bullets have been found in Ponty's body. Harvinder had been shot eight times, said the police.

The brothers were shot in the chest.

Ponty was alive when he was rushed to the hospital.

Two security guards have been injured. The injured have been rushed to the hospital.

More details are awaited.
« Back to LIVE