Obama does not want India visit to be merely symbolic 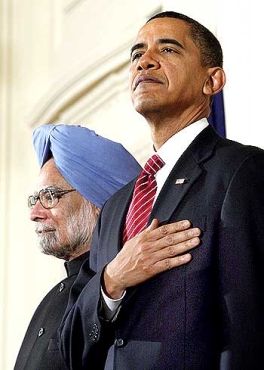 All systems are go, and unless something earth-shattering takes place and compels a postponement, United States President Barack Obama -- just four days after the mid-term Congressional elections where his Democratic Party is expected to lose the House to the Republicans and possibly even the Senate -- will leave for India on November 6 evening.

Sources told rediff.com that Obama had directed his senior aides, notably Secretary of State Hillary Clinton and National Security Adviser Jim Jones, that he doesn't want his visit to be merely symbolic. He wants it to leave an imprimatur of US-India relations reminiscent of the transformative visit of President Bill Clinton in March 2000, and hence he is looking at an overall mission to the trip with the signing of at least two agreements of major significance.

White House sources said Obama was apparently looking for something more tangible than the Indo-US nuclear deal that could be based on an initiative of his administration, since the nuke deal was something that was conceived by his predecessor George W Bush. 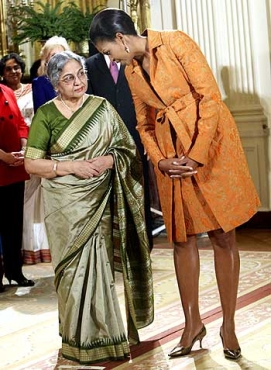 According to the sources, his message to Clinton and Jones had percolated down to the senior officials, including the likes of US Ambassador to India Tim Roemer, who were scrambling to nail down "at least one or two big things" that would leave Obama's signature on the trip, in as much as assure India that the US considers India on a par with China as a global player and "an indispensable partner," as Obama himself has said on more than one occasion.

Apart from Jones and Clinton, others who will accompany him on the trip are Under Secretary of State William Burns, Assistant Secretary of State for South Asian Affairs Robert Blake and possibly US Agency for International Development Administrator Dr Rajiv Shah -- the highest-ranking Indian American in the administration -- along with a few other senior officials from the departments of commerce and defense and a handful of US lawmakers.

Obama will spend three days in India, the highlight of his visit being an address to Parliament on November 9.

Apart from New Delhi, sources said Obama would visit one other major Indian city, which could be Bengaluru or Hyderabad or even Amritsar as Sikh American groups have been writing letters to the White House that he visit the Golden Temple, and the US security and advance teams have been checking out Amritsar too.

Some irritants have cropped up 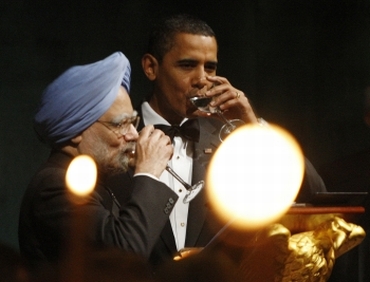 They also acknowledged that business and industry groups from both the US and India had been arguing how he could go to India and not visit Mumbai -- the commercial hub -- when trade and commerce was the anchor of US-India relations even during the lows in diplomatic and political relations.

Obama's visit, they said, would also figure when US Secretary of State Hillary Clinton meets Foreign Minister SM Krishna on the margins of the 65th United Nations General Assembly sessions beginning next week.

However, what has left officials on both sides frustrated and more than a trifle concerned are the recent irritants that have cropped up, over the US move to hike the H-1B and L-1 visa fees, outsourcing issue which has once again become politically expedient, and the nuclear liability bill approved by Parliament which the US has found wanting.

Noted strategic affairs expert Ashley Tellis, a former Bush Administration official, who was closely involved in negotiating the US-India nuclear deal had warned that if the bill "undermines the program of preventing private suppliers -- both Indian and foreign -- from entering the Indian nuclear market, it would eviscerate all the gains that the prime minister secured by signing the deal." 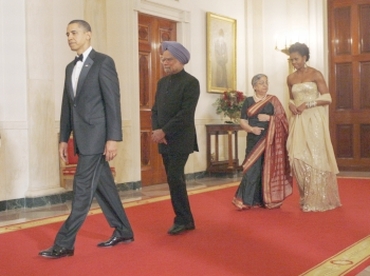 Meanwhile, missives by Commerce Minister Anand Sharma and Indian Ambassador Meera Shankar to US Trade Representative complaining that the visa fee hikes were "unfair" and incompatible with free trade hadn't evoked much response. With the administration trying to absolve itself from blame by noting that it was a Congressional action, this issue is expected to figure high on the agenda of the US-India Joint Trade Policy Forum in Washington, DC, on September 21.

But sources acknowledged that unless this issue is resolved, the negotiation of a possible bilateral investment treaty that could be signed during Obama's trip, which was to be the basis of a high-powered delegation led by Under Secretary of Commerce Francisco Sanchez to India, would be a damp squib.

Also, in the absence of India making some changes in its nuclear liability law, the signing of the nuclear deal finally leading to its implementation -- now that the reprocessing agreement had been signed -- would be simply going through the motions and lack any pizzazz. 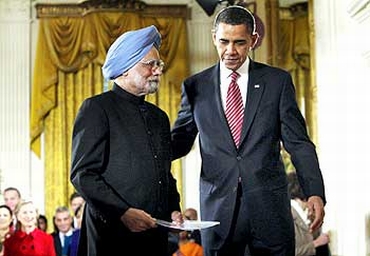 Trying to iron out these hiccups that could mar the lustre of the visit was the basis of discussions between Foreign Secretary Nirupama Rao and Burns on September 16.

Two other fronts where some movement was expected -- India signing three military agreements that the Pentagon has been pushing for, which was reiterated during Under Secretary of Defense for Policy Michele Flournoy during her recent visit to New Delhi, and the US coming out in unambiguous and unequivocal support for India's bid for a permanent seat in the United Nations Security Council -- were also unlikely to see progress during Defence Minister A K Anthony's visit to Washington, DC, later this month or during Obama's visit to India in November.

Even though the Obama administration has gone further than any US administration before it in acknowledging that India fully deserves such a seat, it has stopped short of a full-throated endorsement.

Just after the first US-India Strategic Dialogue in June in Washington co-chaired by Clinton and External Affairs Minister S M Krishna, Burns told rediff.com during a forum convened by the Brookings Institution that there was no China factor keeping Washington from supporting India. Some administration insiders had predicted that as Beijing would veto India's candidacy, the US doesn't want to get into it with China.

'The big thing that India wants is Pakistan' 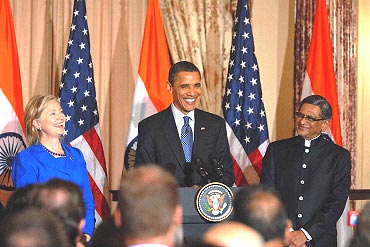 Some cynics said for all of Obama's desire to make his trip a transformational one and not simply one of symbolic value, at best there may be only a reiteration of the strategic partnership, some easing of the Export Entities List for dual-use technology that has been a sore point with New Delhi, and some agreements that couldn't be really argued would lend a kind of gravitas to the historic visit.

Stephen Cohen, considered the doyen among South Asian experts in the United States told rediff.com that "the big thing that India wants is Pakistan," and explained that New Delhi wants the Obama administration to come down hard on Pakistan regarding cross-border terrorism and deny military largesse to Islamabad.

But Cohen, director of the South Asia Program at The Brookings Institution, said, "The problem is, America has bi-polar disorder regarding India and Pakistan. Half of us want to love India and the other half wants to be nice to Pakistan. And yet, the two countries are almost each other's worst enemy."