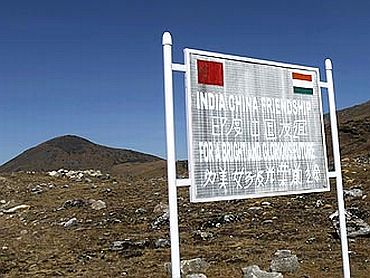 Ajai Shukla feels that for Islamabad, engineering China's new tilt is about doing down India. For Beijing, however, this appears to be less about India than about reducing insecurity on a sensitive border.

The recent brouhaha over Beijing's refusal to issue a regular stamped visa for an official visit to China by Lt Gen B S Jaswal, India's top military commander in J&K, bore the familiar stamp of our public overreaction to Chinese provocation.

But there was something remarkable this time.

Alongside the "dragon is coming" rants on TV news, and from our predictable strategic community, both governments implemented a discrete but discernible damage-control effort to prevent this incident from spiralling into a public exchange.

Look at how this played out. Click on NEXT to read further... 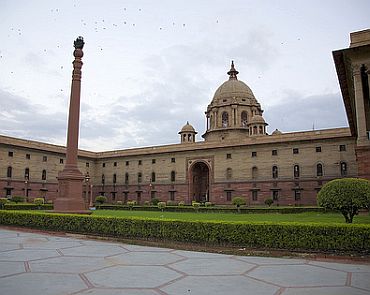 In July, India responded to the visa refusal with no more than a demarche -- a pro forma letter -- and a mild reproof to China's ambassador in India Zhang Yang.

On August 27, when The Times of India broke the story, South Block -- behaving as if the visa had been denied that morning -- mollified public sentiment by calling in Ambassador Zhang to the MEA to convey India's "strong concern".

But a report that India had suspended defence exchanges with China was immediately denied by Defence Minister A K Antony and, as emphatically, by Beijing.

New Delhi's only retaliation was to cancel a one-day visit by two Chinese officers to India's National Defence College. 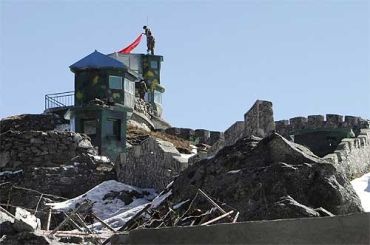 Beijing, having made its point, seemed eager to douse the embers.

China's embassy in New Delhi feigned ignorance about the visa denial, saying it needed to check with Beijing.

At that point, inconveniently for Beijing and New Delhi, a new controversy boosted indignation amongst India's chatterati.

A New York Times article by American scholar Selig Harrison reported that 7,000-11,000 Chinese soldiers from the People's Liberation Army (PLA) had set up shop in Gilgit-Baltistan, a part of PoK, which Islamabad calls the Northern Areas. 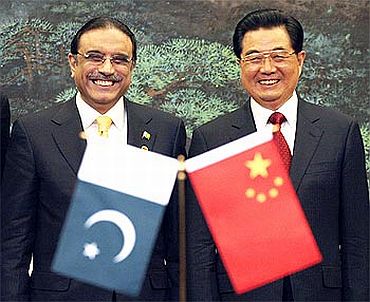 This would allow China to access Pakistan's Arabian Sea naval bases at Gwadar, Pasni and Ormara in 48 hours instead of the current 16-25 days.

But Harrison's bombshell was his assertion that Pakistan was "handing over de facto control of [Gilgit-Baltistan] to China".

But that rebuttal, on September 1, sparked a fresh Indian firestorm. 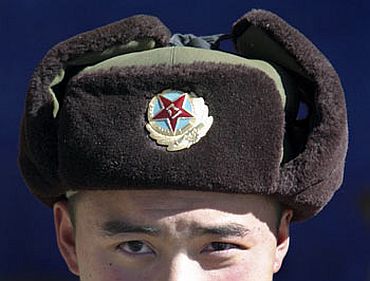 In stating, "The story that China has deployed its military in a northern part of Pakistan is totally groundless.." Beijing had explicitly supported Pakistan's claim to the Northern Areas.

Following a protest from India's ambassador in Beijing, China quietly removed the statement from official websites.

That Beijing is juggling conflicting interests on J&K -- pandering to Pakistan without irretrievably alienating India -- is evident from this one-step-forward-one-step-back tango.

Islamabad has apparently coaxed Beijing away from its policy of equidistance on J&K -- which famously began in 1996, when visiting President Jiang Zemin, in his "dog that didn't bark in the night" speech to Pakistan's Parliament, made no reference to J&K -- with a quid pro quo that Beijing badly needs. 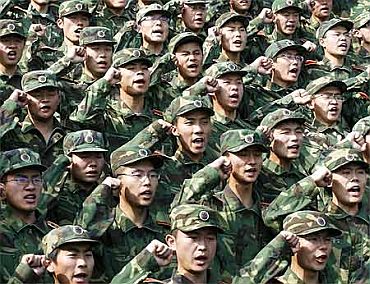 But the Chinese establishment is in a cleft stick: A price demanded by Pakistan on the one hand, stable relations with India on the other.

Popular Indian perception can hardly be expected to sympathise with Beijing's dilemmas.

For the Indian public, a pro-Pakistan tilt in China can only be a conspiracy against India.

To see it as a price, extracted by a hard-bargaining Islamabad, and paid reluctantly by Beijing, would stretch the imagination of most Indians.

Nevertheless, presuming an anti-India rationale could become a self-fulfilling prophecy. 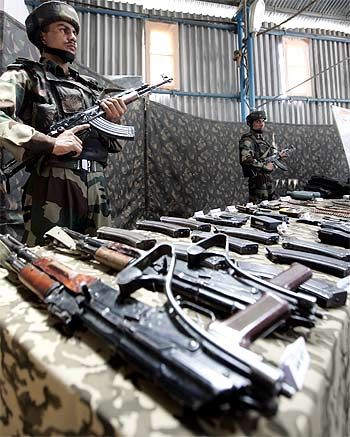 It would be strategically prudent to consider alternative Chinese motives, especially its obsession with the spread of radical Islam amongst the disaffected Uighur Muslims of Xinjiang, China's sprawling province that borders Central Asia and Gilgit-Baltistan.

With the radical Sunni Sipah-e-Sahiba Pakistan and the Lashkar-e-Tayiba spreading their influence in Gilgit-Baltistan, apparently with Pakistan Army and ISI connivance, Beijing fears that Pakistani-style radicalism could buttress the jihadi fervour that is already seeping into Xinjiang from Central Asia.

Within Gilgit-Baltistan, the Pakistani security establishment is hardly about to curb the SSP and the LeT, both of which serve to counter political resistance, and Shia sectarian groups.

In fact, after giving its radical proxies a free hand for decades, it is doubtful whether the Pakistani establishment is even capable of reining them in. 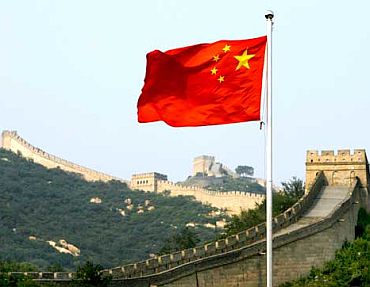 What better way of meeting China's concerns about the inflow of radicalism than allowing PLA units into Gilgit-Baltistan on a DIY (do it yourself) arrangement?

Selig Harrison might be right about Pakistan handing over control (at least of the area adjoining the Xinjiang border) to China.

As important for Beijing -- given its need to "develop" Xinjiang, and accelerate the demographic shift from Uighur to Han -- is the building of a commercial corridor through Gilgit-Baltistan and Pakistan to the Arabian Sea.

Allowing China to translate the rickety "Friendship Highway" into a high-speed transit link for hydrocarbons, raw materials and the outflow of Chinese goods, would give Islamabad further leverage to demand a price. 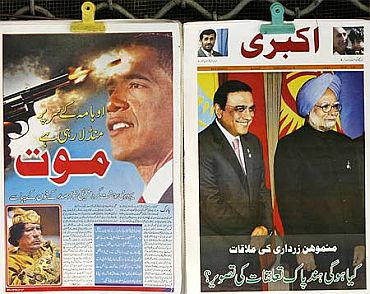 Islamabad's ceding, in 1963, of the 5,800 square kilometre Shaksgam valley to China, which is contingent on a final J&K settlement between India and Pakistan, has already given Beijing a status quo interest in Gilgit-Baltistan.

Allowing China basing rights for the PLA and an economically important transit link through the area would solidify that position.

For Islamabad, engineering China's new tilt is about doing down India.

For Beijing, however, this appears to be less about India than about reducing insecurity on a sensitive border.

Does this matter to India, which loses either way? Clearly, it doesn't to an inflamed public; but the government is treating China with greater understanding.