Are Pakistan's youth giving up Islam? 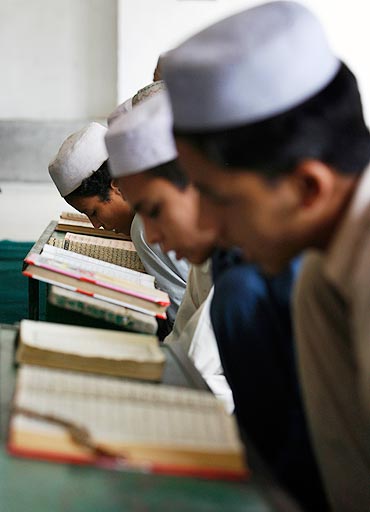 A handful of Pakistani Muslim youths are beginning to question the existence of God and are in the process of giving up Islam to become atheists. Still a small number, the trend seems to be telling of the pressures that the image of militant Islam has had on them.

A Facebook group has been floated for Pakistan's agnostics and atheists by Hazrat NaKhuda, a former Pakistani Muslim. Hazrat is a young computer programmer from Lahore.

At last count, the group had over a 100 members. In a thread started on the discussion board on "How did you become an atheist", Hazrat writes, "I used to be a practicing Muslim. I used to live in Saudi Arabia. I have done two Hajs and countless Umrahs. I used to pray five times a day. When I turned 17-18, I realised that the only reason I was a Muslim was because my parents were Muslims".

'I see little or no evidence for the existence of God' 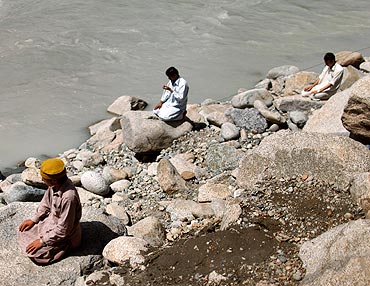 The group, which is open strictly to members, has young Pakistani students studying in New York University to Oxford University to the prestigious Lahore University of Management Sciences as members.

Saeed Ahmad (name changed), who used to be a "practicing Ahmedi Muslim", started questioning his beliefs at the age of 17.

"I don't think there is any more detail to be added," he posted on the Facebook community for Pakistan's atheists and agnostics.

'My parents corrupted me with faith' 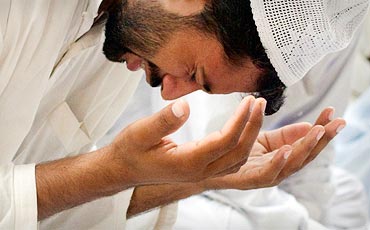 He wrote, "I was a born atheist like every human being until my parents corrupted me with faith. Every child is born free and pure."

Ali Rana (name changed), who loved Islamic preacher Zakir Nair and hated author Salman Rushdie, has had a change of heart too.

He now thinks Nair is an 'idiot' and Rushdie a genius. There are other threads on how the members 'wasted' their years as theists.

'I don't want to put in Islam as my religion' More serious issues, like whether there should a column marked 'no religion' while applying for passports, have also been discussed.

"Last time I went to get my passport renewed, I found that there is no option called 'no religion'. Next time I go to make my passport I don't want to put in Islam as my religion," said one member.

What connects members, who range from O-level students to computer professionals to architects, is their urgent need to question religion.

"I vacillate between atheism and agnosticism. I'm currently an atheist but I feel like it is more reasonable for one to be agnostic. After all, there is no definitive way to disprove the existence of a God. I don't mean God in the religious sense because one can say with certainty that science has ruled that out, but a Cartesian God, the non-interventionist creator of the world," wrote a member.