Sign in  |  Create a Rediffmail account
Rediff.com  » News » 'Once we lectured on morality, now we copy China'

'Once we lectured on morality, now we copy China' 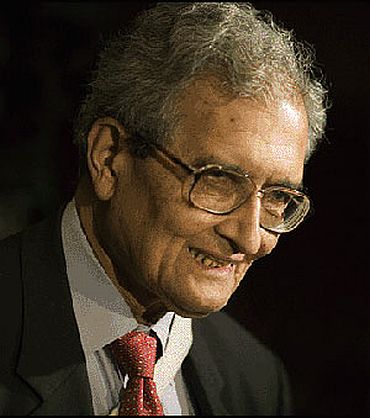 Nobel laureate Amartya Sen on Thursday rapped India over its Myanmar policy, saying the country "completely abdicated" its responsibility on morality after getting a "bit of power" and pleaded for global scrutiny of the November 7 general elections under the military junta.

Sen, a vocal critic of the ruling military regime in Myanmar, termed the policies of India, China and Thailand with regard to Myanmar as "exceptionally crude and valuationally gross".

India's policy on Myanmar "is partly in imitation of China, which is increasingly dominated by much narrower national concerns than those that moved Gandhi, Nehru and Tagore," Sen, who spent part of his childhood in Myanmar, said in his keynote address to a conference on Myanmar at the prestigious Johns Hopkins University.

'There is no public discussion on Myanmar in India' 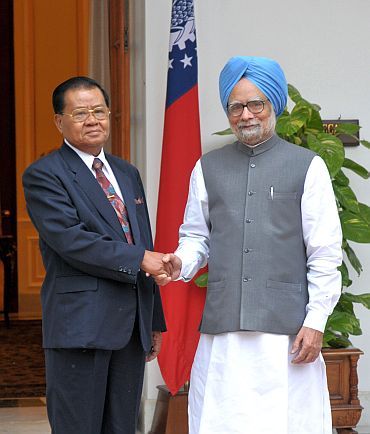 "When our power to influence the world was zero, we spent our time lecturing the world on morality. And when we get a bit of power, although not as much as China, then we completely abdicated that responsibility," 76-year-old Sen said.

Highly critical of India for hosting the Myanmarese military leadership in New Delhi, he said: "I have to say that as a loyal Indian citizen, it breaks my heart to see the prime minister of my democratic country -- and one of the most humane and sympathetic political leaders in the world -- engage in welcoming the butchers from Myanmar and to be photographed in a state of cordial proximity."

Sen said he is also concerned that public discussion in India on the Myanmarese situation has been near absent.

'Narrowly defined national interest gets much loyalty in India' 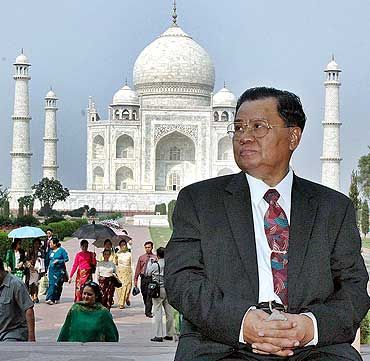 "This is not because of any government restriction on such discussion," he added.

"The problem arises rather with the change in the political climate of India in which narrowly defined national interest -- what is taken to be national interest -- gets much loyalty and in this India's past propensity to lecture the world on global political morality is seen as a sad... of Nehruvian era," Sen rued.

The Noble laureate called for the immediate launch of a United Nations investigation into alleged crimes against humanity by the junta, which is being pushed by a number of western countries including the United States, Britain and France.

Election in Myanmar a hoax! 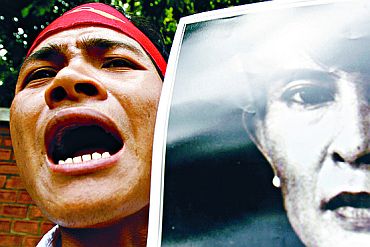 The main reason for holding the elections by the military junta, he said, is to 'whitewash the entire world' and alleged that 'they are not serious in making any changes in Myanmar'.

"Nothing perhaps is more important right now as the day of the phony electoral event approaches than global public discussion of the real nature of the forthcoming electoral fraud," he said.

"The expressions of pious hope that things can change after the election are totally contrary to reasoned analysis about what's going on in Myanmar," Sen said.