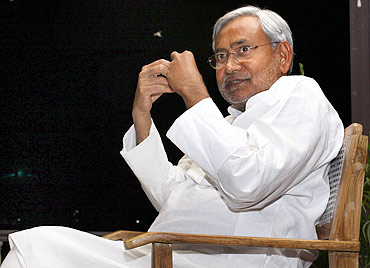 An opinion poll conducted by news channel Star News says that Bihar CM Nitish Kumar is headed for a clear majority in the forthcoming assembly polls.

The poll results give the ruling Janata Dal-United-Bharatiya Janata Party alliance 170 seats in the 243-member house.

The Lalu Yadav-Ram Vilas Paswan alliance is set to be reduced to 34 seats, according to the predictions.

Among the respondents, Nitish Kumar had the highest rating as a CM candidate, followed by Lalu Yadav.

Lalu's political base is shrinking 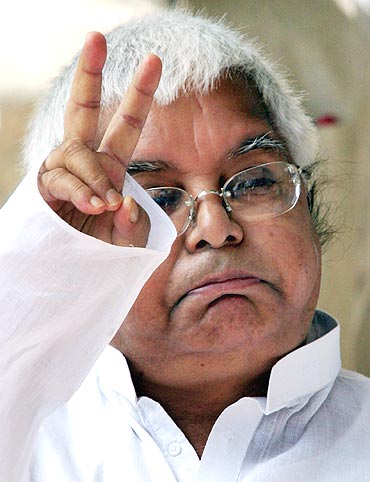 In the 2005 assembly elections, the BJP-JD-U alliance had won 143 seats with a 36.1 per cent vote share. Five years on, the alliance seems to have consolidated its position with an improved vote share of 41per cent, a swing of almost 5 per cent.

However, the bigger surprise is the shrinking of Lalu Yadav's political base. The poll shows the Rashtriya Janata Dal-Lok Janashakti Party alliance will lose a whopping 10 per cent vote share and will be reduced to almost half of their 2005 tally of 64 seats.

The Congress will stage a 'comeback' 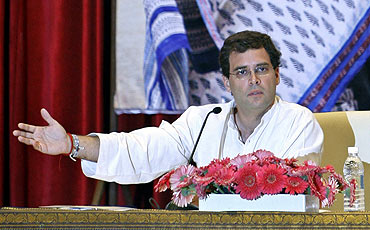 Riding on Rahul Gandhi's involvement in the state, the Congress seems to be making a comeback of sorts with 22 seats, up from its tally of 9 in the 2005 elections. The Congress also is projected to increase its vote share from 6.1 to 10 per cent in the forthcoming polls.

In 2005, the Bahujan Samaj Party had won four seats but this time around it could win only half of that. Independents will also be reduced from 10 to 6.

Within each parliamentary constituency in Bihar, 3-4 assembly constituencies were selected for sampling keeping in mind the geographical spread. In all 21,640 interviews were conducted.

Nitish has the highest ratings for CM

Image: A graphic of the opinion poll

The poll showed that the NDA combine also scored well on eductaion,health-care, water and infrastructure among the respondents.