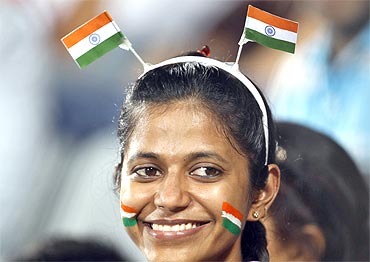 Image: A spectator at the Commonwealth Games in New Delhi
Photographs: Danish Ismail/Reuters

Pakistan based terrorist outfit Lashkar-e-Tayiba is planning to attack Delhi on Thursday during the build-up to the closing ceremony of the 2010 Commonwealth Games, according to Indian intelligence agencies.

Security has been stepped up in Delhi and more than 1,000 extra policemen and troopers have been drafted on Tuesday because of the heightened threat. The entire city has been fortified with security personnel patrolling each nook and corner.

Nearly 64,000 people are expected to attend the closing ceremony 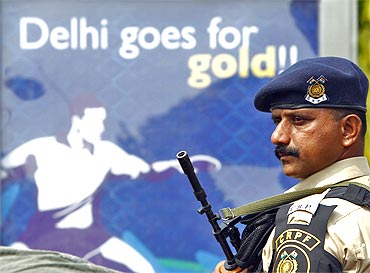 Officials said that new intelligence indicated that the LeT, which was behind the terror attacks in Mumbai in 2008, were planning to carry out attacks in the Indian capital. Nearly 64,000 people are expected to attend the closing ceremony of the Games.

The terror outfit, which has links with the Al Qaeda and the Taliban, is believed to have sent some of its operatives t Delhi, the Daily Mail quoted officials as saying. 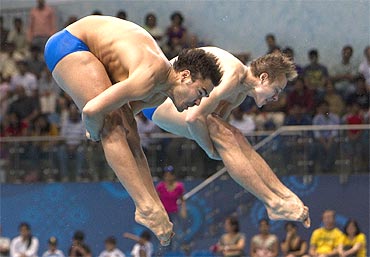 A major concern is the Delhi Metro as the authorities have advised the majority of spectators to travel by the underground rail.

The details of the LeT plot were revealed two days after the Indian Army seized 50 kg of explosives being smuggled to Delhi. Intelligence agencies fear that the explosives were meant to be used in Delhi. 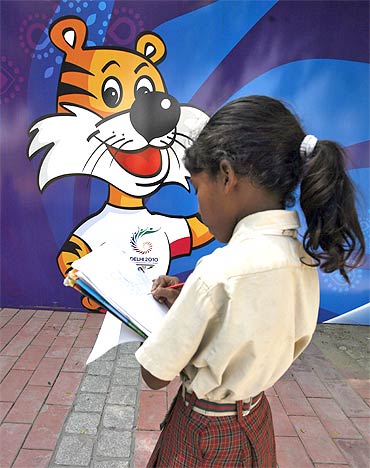 Image: A schoolgirl makes a drawing of the mascot of the Commonwealth Games
Photographs: Amit Dave/Reuters

Two consignments of explosives hidden in apple boxes placed among passenger luggage on buses heading to Delhi from Jammu and Kashmir were found by the Army's intelligence wing.

Anti-terror investigators said they had arrested a militant belonging to the radical group Hizbul Mujahideen, which has been linked to Pakistan's Inter Services Intelligence. 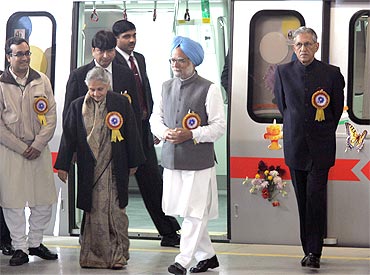 Image: Prime Minister Manmohan Singh during the inauguration of the Delhi metro rail line
Photographs: B Mathur/Reuters
He reportedly confessed that the explosives had been supplied in the town of Doda bordering Pakistan and were to be used in the attacks in Delhi.
More
Print this
article
ALSO
READ
MOST
RECENT