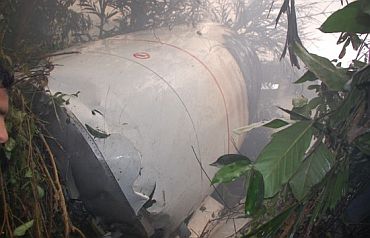 A major tragedy struck at Mangalore on Saturday morning when an Air India Express flight, rom Dubai crashed when it was about to land. Karnataka Home Minister V S Acharya said that when he last got the information, 160 persons were feared dead in the crash.

In all there were 169 passengers on board and when reports last came in, there were 6 passengers who had been rescued and shifted to hospitals in the city. 36 bodies have also been recovered till now, when the last reports came in. 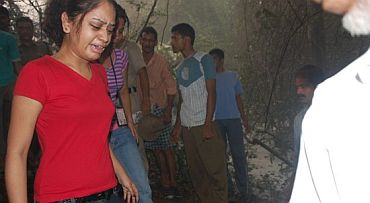 The plane, which was coming in to Mangalore from Dubai, crashed at nearly 10 kilometres from the Bajpe airport in the city at around 6.30 am. Although there was no message from the pilot before the plane crashed, the reason that is being pointed out for the mishap is technical flaw and poor visibility.

Due to this, the plane overshot the runway and the aircraft engulfed in flames and fell into a nearby valley.Several rescue teams have been pressed into service and are undertaking operations in full swing. However, they were finding hard to conduct operations due to the rains and poor weather. 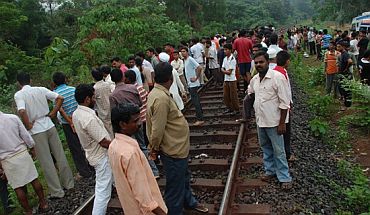 Meanwhile, the Mangalore airport has been shut down following the mishap. Union minister of Civil Aviation Praful Patel will visit Mangalore later in the day.

Karnataka Chief Minister B S Yedyyurappa, while expressing 'shock' over the unfortunate mishap, said that the condition of the eight rescued passengers is still critical.