What it will take to the change the Indian Police 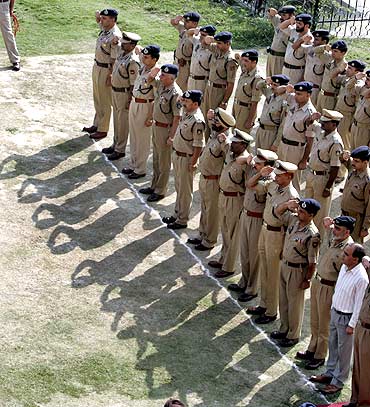 As far as the states are concerned, the acceptance of the seven directives of the Supreme Court to reform policing has been uneven at best or, at worst, ignored completely, say Paranjoy Guha Thakurta and Ayaskant Das.

The image of the policeman in popular Indian cinema has hardly changed over the decades. He is either a bungling buffoon. Or he is corrupt to the core. The honest cop who is also efficient is hard to find -- and even he is certain to be in a woefully small minority in a battalion where jokers and crooks proliferate.

Compared to many countries the number of police personnel per person in India is quite low: Roughly 130 for every 100,000 residents, against around 350 in the United States, Australia, Thailand and Malaysia, over 550 in Italy, 280 in South Africa and 180 in Japan. The norm suggested by the United Nations is 220 per 100,000.

The issue is not merely the number but the quality of people who become part of the police force, the facilities provided to them and, perhaps most importantly, the laws that govern policing -- laws that are, at least in India, frequently subverted and manipulated by politicians and bureaucrats holding positions of power and authority.

It is common knowledge that the Indian Police Act, 1860, was formulated by the colonial rulers of the country to check mass uprisings that started with the revolt of 1857, which the British described as the 'Sepoy Mutiny' and nationalist historians called the 'First War of Independence'.

After 1947, there was widespread consensus across different sections of Indian society that the colonial act would have to be amended and comprehensive reforms ushered in to improve the system of policing in a democracy. Unfortunately, despite the recommendations of many commissions and expert bodies appointed by the central and state governments over the years, very little has been achieved in reforming the policing system.

Policing is a subject listed under the state list in the Seventh Schedule of the Constitution of India and hence, it is largely the prerogative of state governments to bring about policing reforms. As for Union territories, there has been a persistent demand from civil society organisations that the Union government take the lead in enacting a new police law or a Model Police Act (MPA) for all Union territories based on directions that were laid down by the Supreme Court.

The Supreme Court directives to reform policing have been ignored 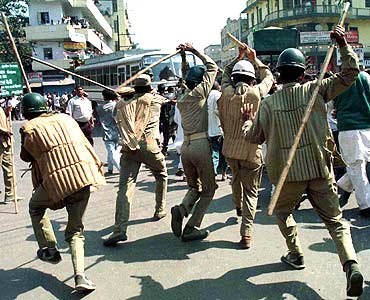 On September 22, 2006, the Supreme Court of India delivered a historic judgment in the Prakash Singh vs Union of India case (on the basis of a petition that had been moved a decade earlier) instructing the central and state governments to comply with a set of seven directives to reform policing in the country. One of these directives concerned the Union government, namely, to establish a National Security Commission.

The court sought to achieve two broad sets of objectives: First, to ensure functional autonomy for the police through security of tenure, streamlined appointments and transfer processes and the creation of a 'buffer body' between the police and the government and to enhance accountability of the police at an organisational level and also to curb individual misconduct.

The Supreme Court required all governments, at the Centre and in the states, to comply with the seven directives by the end of 2006 and to file affidavits of compliance by January 3, 2007. Whereas a few state governments complied with the directives on time through executive orders, there were many that were vehemently opposed to the directives and perceived these to be measures that would erode the autonomy of state governments.

The short point: As far as states are concerned, the acceptance of the seven directives of the Supreme Court has been uneven at best or, at worst, ignored completely.

Prakash Singh, former director general of the Border Security Force and the Uttar Pradesh police, told rediff.com that the states that have been the "most defiant" in accepting the directives of the Supreme Court are Tamil Nadu and Andhra Pradesh. The Bihar government has enacted a "perverse law that makes a mockery of the Supreme Court directives" while Uttar Pradesh has "perhaps been the worst in implementing the directives while making contrary claims."

Mr Singh added that certain states in north-east India such as Nagaland, Manipur and Mizoram had promptly accepted the directives of the court but were tardy in implementation. "Rajasthan has passed the best law but this has not yet been implemented," he said.

The Union government formed a Police Act Drafting Committee (PADC) in 2005 under the chairmanship of Soli Sorabjee, the eminent jurist and former attorney general of India. The PADC submitted a proposition for a Model Police Act, MPA, in October 2006, the broad scheme of which was endorsed by the Second Administrative Reforms Commission, ARC, set up by the central government under the chairmanship of Veerappa Moily (who is now the Union law minister).

In its review of the system of policing and criminal justice, the ARC had suggested a few additional provisions in the proposed MPA, notably a penalty for illegal orders that were tantamount to interference in investigation by the police and obstruction of justice. 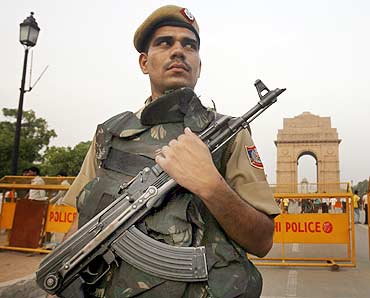 In September 2009, Union Home Secretary G K Pillai requested Delhi Lieutenant Governor Tejendra Khanna to send a legislative proposal for amendments to the Delhi Police Act, 1978, in conformity with the directions of the Supreme Court and the provisions of the MPA. In February 23 this year, the lieutenant governor forwarded a draft Delhi Police (Amendment) Bill, 2010, to the home ministry. This bill was also placed in the public domain for comments and objections.

Three civil society organisations keenly interested in police reforms -- Common Cause, the Commonwealth Human Rights Initiative, CHRI, and the Foundation for Restoration of National Values, FRNV -- did an independent study of the bill. They arrived at the conclusion that it is practically impossible to overcome the inherent limitations of the Delhi Police Act, 1978 through the amendment route.

These organisations have argued that the proposed amendments cannot give the Delhi Police Act 1978, adequate teeth to meet the contemporary needs of policing in the context of a hostile security environment, mounting social tensions and rapid urban expansion. Several eminent citizens echoed similar views at a workshop organised by the Bureau of Police Research & Development on April 10 in New Delhi.

The three civil society organisations have jointly drafted an alternate bill that has, among other provisions, provided for well-defined structures that would ensure operational autonomy of the police force along with institutional arrangements to assess performance and enforce accountability. The alternate bill seeks to clearly define the role, functions, duties and responsibilities of police personnel vis-a-vis other civilian authorities.

The alternate bill seeks to enhance levels of professionalism and leadership qualities in the police force through regular training and also by improving the infrastructure and facilities made available -- transport, computerised databases, communication networks, modern weapons, better police stations and so on.

The alternate bill emphasises core police functions and duties and argues for the need to phase out non-core functions to state and local institutions in accordance with the intent and provisions of the Constitution of India. It also argues for transparent procedures for recruitment, promotion and redressal of grievances and suggests various welfare measures for the lower ranks of police personnel.

The alternate bill was given on May 3 to Home Secretary Pillai who is known to be in favour of many of these suggestions for reforming the country's police system. Whether legislators would be responsive is another story altogether.