Music maestro A R Rahman and Bollywood star Aamir Khan, classical vocalist Pandit Channulal Mishra and prominent hotelier Capt C P Krishnan Nair were among those honoured with the Padma Bhushan awards at a glittering ceremony at the Ashoka Hall of the Rashtrapati Bhawan in New Delhi. 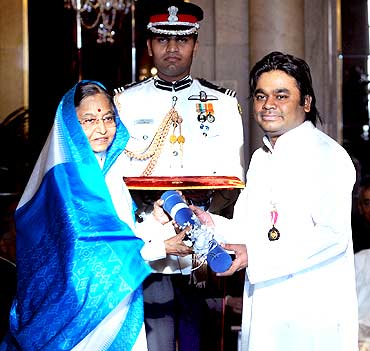 The entire Ashoka Hall reverberated with applause as sportspersons Saina Nehwal and Virendra Sehwag walked up to the podium to receive their Padma Shri awards from the President.

Padma magic all around 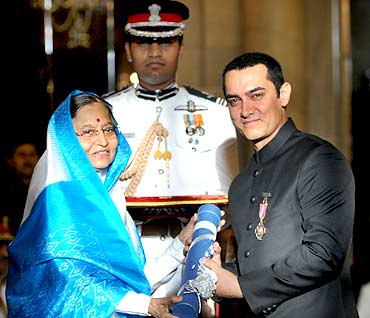 A mark of respect 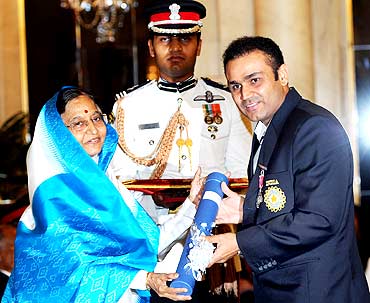 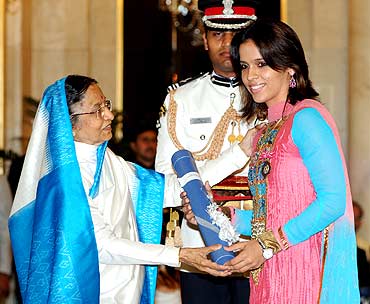 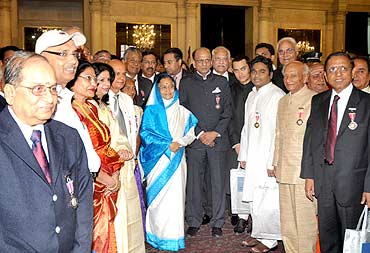 The nephew of Late Ramaranjan Mukherjee, 'Vivekananda Professor' at Ramkrishna Mission for Culture, Kolkata received the award on his behalf.