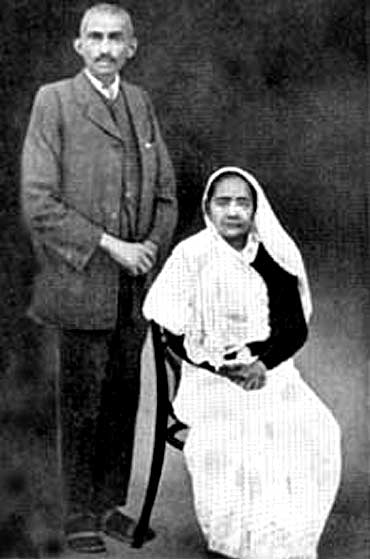 As the place where Mohandas Karamchand Gandhi began his famous experiments with truth, the Tolstoy Farm is a living example of his legacies that can give the present generation lessons in humanity.

The farm was started on a land donated by Gandhi's close friend, architect Herman Kallenbach, as a refuge for people who were protesting the discriminatory laws of South Africa's white government of the time.

Tolstoy Farm gave rise to several concepts which Gandhi would expand on later and which are still relevant, his grand-daughter Ella Gandhi said.

Tolstoy Farm was started as a place of refuge 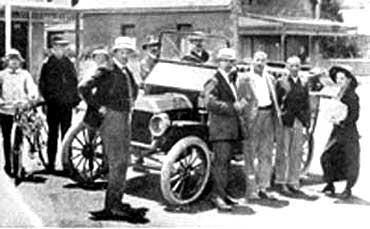 Image: Gandhiji at the time of his arrest in 1913 with his co-workers Miss Schlesin and Mr Kallenbach
Photographs: Image courtesy: www.mkgandhi.org

Marking the centenary celebrations of the farm, a grandnephew of the original Tolstoy Farm owner said his family was proud of their ancestor's association with Gandhi.

Tolstoy Farm was started as a place of refuge to shelter families and children during Gandhi's stay in South Africa and his struggle against apartheid.

Ella Gandhi said her grandfather developed a holistic approach to education and also promoted self-sufficiency on the Farm, living with simplicity and leaving more resources to share with others.

"Eating what was grown on the farm and practical environmental practices such as water recycling showed that Gandhiji was a visionary, especially when we look at the climate change in the world today," she said.

'They worked for the poorest of the poor' 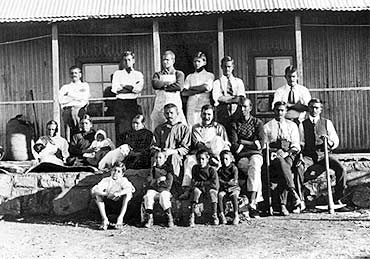 Image: A file photograph of the inhabitants of the Tolstoy Farm
Photographs: Image courtesy: Wikimedia

She also suggested the establishment of an academy to further the Gandhian principle of education. Ella said Gandhi had advocated peace and harmony, even in the face of adversity and violence, and cited the example of the trains that were burnt in South Africa last week by striking rail workers.

"They would not have done so if they used the Gandhian principles of resolving conflict through non-violent means and not destroying things," she said.

Charles Kallenbach, the grandnephew of Herman Kallenbach, said his family was proud of his association with Gandhi.

"(Herman and Gandhi) had a great deal in common -- a deep attraction for the simple life and working for the good of their fellow human beings," Charles said.

"My grand-uncle and Gandhiji worked together for the poorest of the poor. They changed their lifestyles, believing that the lawyer or the architect were not superior to a shoemaker or a beggar," he said, recalling the deep friendship they shared.

'This was more than a farm' 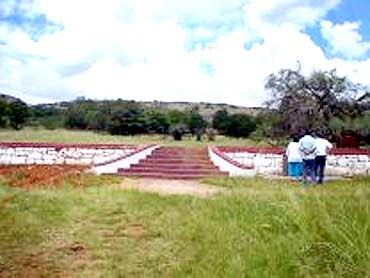 Jody Kollapen, chairman of the 1860 Legacy Foundation Gauteng, which is arranging a series of activities to mark the 150th year of the arrival of the first indentured labourers to South Africa, said lessons should be learnt from the Tolstoy Farm exercise.

"This was more than a farm. It represented an idea that could never die; that of all of us belonging to a common humanity," Kollapen said.

"Both the Mahatma and Mr Kallenbach firmly believed that while laws should be respected, the laws must rest on a moral and ethical foundation," he said.

A great-granddaughter of Mahatma Gandhi, Kirti Menon, who is also the chairperson of the Gandhi Centenary Council, was present at the occasion. She explained how Tolstoy Farm, named after one of Gandhi's favourite writers, became a haven for passive resisters who opposed the Asiatic Registration Act that would have required all Indian and Chinese South Africans to carry papers with them at all times. 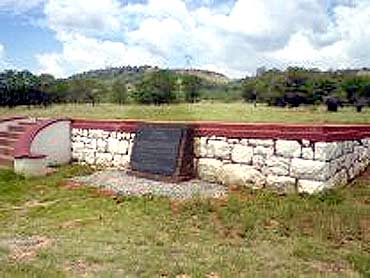 To mark the occasion, a hundred trees were planted on the now deserted farm, with just the floor of an original building, that once was the centre of a thriving commune with fruit tree orchards.

For the last caretaker of Tolstoy Farm, master flautist Jairam Bhana, it was a poignant moment as he played the national anthems of India and South Africa. Bhana described how he had left the farm, awash with apricot trees, in the 1970s with his then young wife, never knowing how they would return with their then still unborn children on this special day.