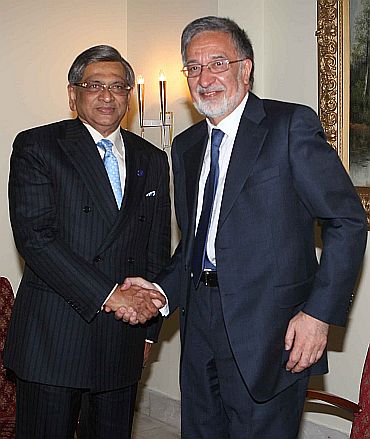 Talking tough, External Affairs Minister S M Krishna on Tuesday told Pakistan to take "seriously" the revelations made by Lashkar-e-Tayiba operative David Headley on the Mumbai attacks and not "push them under the carpet".

Faced with a series of flip-flops from Pakistan, India's concerns with regard to the 26/11 attacks will only be addressed "slowly" by that country, the minister believed.

"Whatever Headley has told the FBI (Federal Bureau of Investigation) has to be taken seriously by Pakistan and India's concerns have to be addressed," he told reporters accompanying him on his way back from Kabul, where he attended the International Conference on Afghanistan.

'Headley's revelations can't be brushed under the carpet' 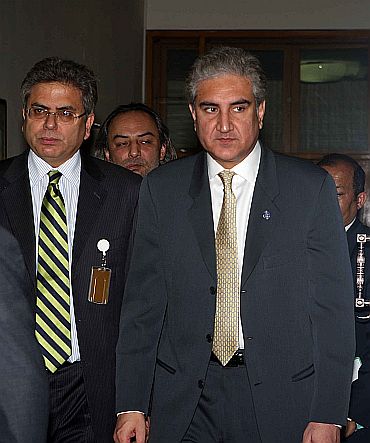 He was responding to a question on Home Secretary G K Pillai's contention that Inter Services Intelligence was involved in the Mumbai terror attacks.

"Whether we like it or not, Headley's statements have come into the public domain. His revelations cannot be brushed under the carpet," Krishna said.

Headley had told Indian investigators in Chicago that the ISI was involved in the planning of the 26/11 attacks from "beginning to the end".

During his visit to Islamabad in June, Home Minister P Chidambaram had provided leads to Pakistan based on Headley's interrogation by Indian authorities.

'New Delhi is keen to continue dialogue with Pak' 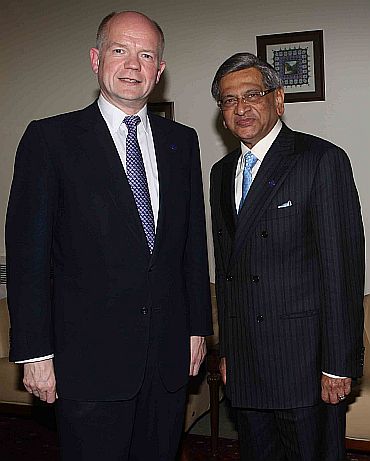 Krishna's comments came on a day Pakistan dismissed as "baseless" India's contention that Headley was linked to the Pakistani establishment and intelligence agencies.

Asked about the roadmap for the Indo-Pak talks, Krishna made it clear that New Delhi was keen to continue the dialogue process with Pakistan.

"I have just concluded one dialogue. As I have said earlier I have invited Pakistan Foreign Minister Qureshi to visit India in the later part of the year. So, I am looking forward to that so that we can take it up from where we left in Islamabad," he said.

'Indo-Pak dialogue can't be over in one sitting' 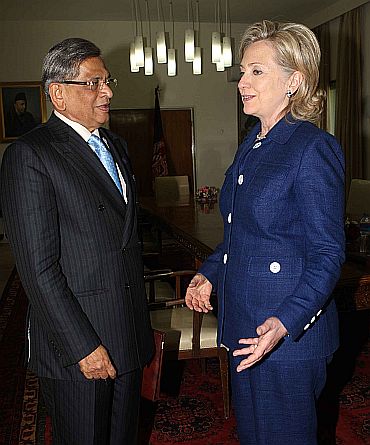 Krishna, who met his US counterpart Hillary Clinton on the sidelines of the International Conference, said he gave her his assessment of the situation in the region and his talks with Pakistan Foreign Minister Shah Mehmood Qureshi.

He said he told Clinton that India wanted a dialogue that could continue.

Krishna said there has to be an institutional mechanism for resolving the concerns between India and Pakistan.

'We didn't discuss Kashmir with US' 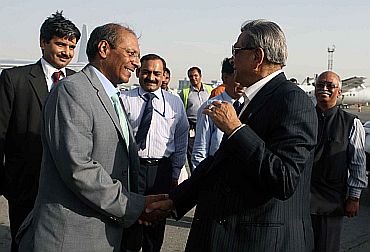 "So I gave my assessment of the situation. India wanted a graduated approach to settle the problems (with Pakistan). First we should dispose of those which are doables, which take very little complexities. We can deal with other problems later on when we meet again," he said.

Asked whether Kashmir issue came up during his discussion with Clinton, Krishna replied in the negative. The US Secretary of State, who was in Islamabad on Monday, had said that the Kashmir issue is an "impediment" in developing a relationship that will be beneficial to both India and Pakistan.

"Kashmir (issue) that have divided India and Pakistan and in my view are impediments to developing a relationship that would be beneficial to both countries," she had said.