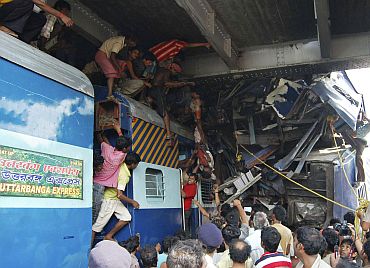 Union Railway Minister Mamata Banerjee cannot possibly pooh-pooh this charge. Neither can she brush it aside as another 'fabricated allegation' by her Communist Party of India-Marxist detractors. Accidents have started adding up to the list of Indian Railways ever since she took over reins.

While analysts and investigative agencies are busy finding reasons, those who are not too friendly with the Trinamool Congress chief think Railways' security has become defunct of late and that Mamata is paying more attention to politics in Bengal than to her duties in New Delhi.

Let's take a look at the accidents that have taken place during her tenure, starting with the July 19 mishap:

Casualty: 65 killed (toll likely to go up) and hundreds injured. 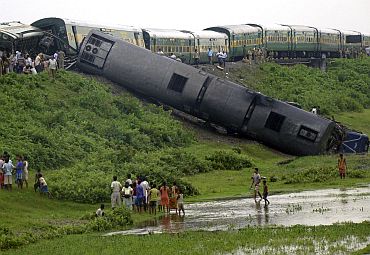 Image: Onlookers and railway officials stand beside derailed carriages of a passenger train after an explosion in Kokrajhar

Casualty: A six-year-old boy was killed and 25 injured. 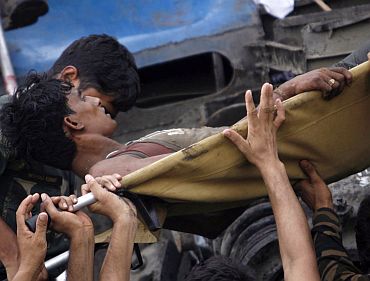 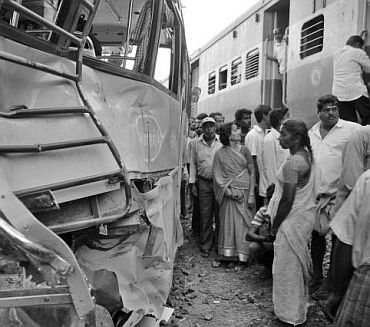 Image: Mangled remains of the bus

Description: A bus was hit by Coimbatore-Mettupalayam special at an unguarded level-crossing 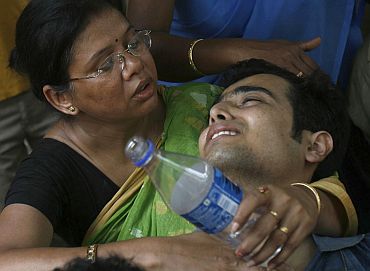 Image: Relatives of the victims of a train accident mourn outside a mortuary in Mednipur

Description: Jnaneswari Express derailed and rammed into a goods train after suspected Maoists/People's Committee Against Police Atrocities' cadres dug up the tracks.

Casualty: 150 killed and many injured. 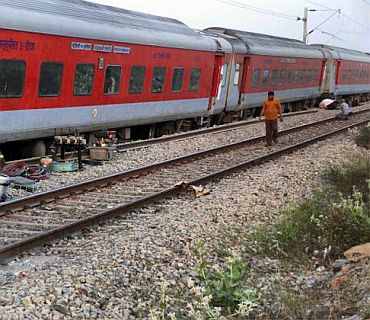 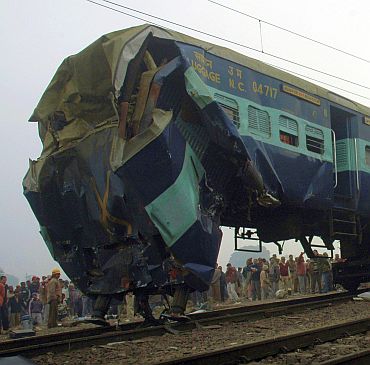 Image: Onlookers gather near the damaged wreckage of a train carriage at the site of an accident at Gola village, on the outskirts of Tundla Railway Station, east of Agra

Description: Collision between Kalindi Express and Shram Shakti Express in the fog

Casualty: 5 killed and about 15 injured 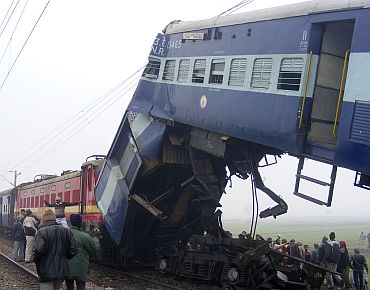 Image: Onlookers gather around the wreckage of a train at the site of an accident in Etawah

Casualty: 1 injured at Etawah: 10 killed at Panki and no casualty was reported at Pratapgarh. 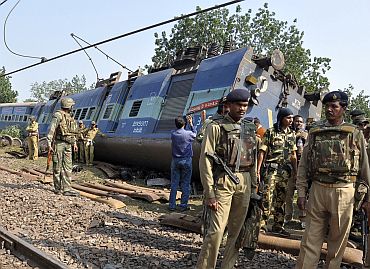 Image: Police and railway officials stand next to an overturned coach of the passenger train 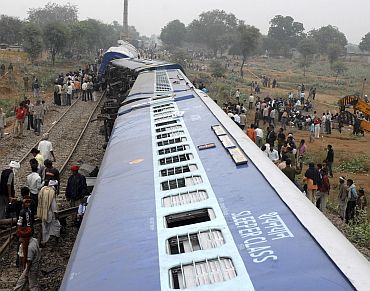 Image: Onlookers stand beside derailed carriages of the passenger train

Casualty: About 10 killed and 70 injured 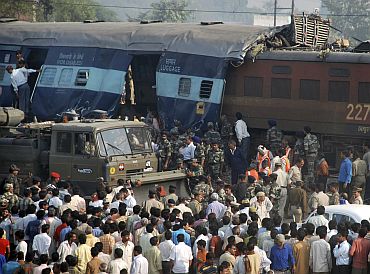 Image: Onlookers stand at the site of a train accident on the outskirts of Mathura

Casualty: 25 killed and at least 60 injured