The most crowded nations on earth 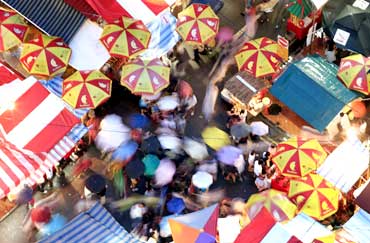 Singapore is the most crowded country in the world, according to the Overpopulation Index.

The index also finds that countries like United Kingdom, Netherlands and Switzerland are more crowded than India or China, which are the most populous nations on earth.

The index was published by the Optimum Population Trust which has been campaigning for measures to stem the population growth in the United Kingdom. The trust has also sought strict measures to curb the inflow of immigrants into Britain 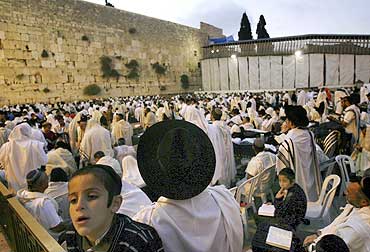 The Jewish nation of Israel is the second most crowded country in the world.

Surprisingly, there are nine Middle Eastern countries and eight European ones in the top 20 most overpopulated nations in the index.

Third world nations like Brazil, Indonesia, Bangladesh and Russia, which have faced a virtual population explosion, do not find a mention in the list. 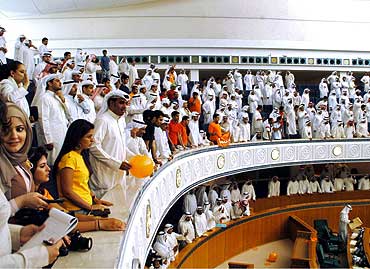 The tiny nation of Kuwait ranks third in the index.

The index, the first of its kind, doesn't compare the size of the nation with its total population to deduce how crowded it is.

The Overpopulation Index measures the amount of resources available to sustain the population, whether the country is dependent on other countries and whether it consumes more resources than it produces. 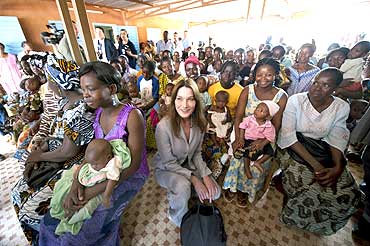 The small nation of Burkina Faso in western Africa finds a place at the bottom of the index, which lists the 77 most populated countries.

The Optimum Population Trust estimates that the earth, with a population of 6.8 billion, is already overcrowded by 2 billion people.

"The earth may not be able to support more than half its present numbers before the end of this century. We are rapidly destabilising our climate and destroying the natural world on which we depend for future life," warns the trust. 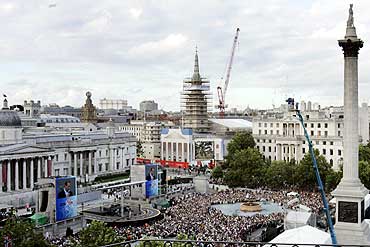 Britain, which has been struggling with a tremendous rise in immigration, ranks at number 17 in the index.

According to a senior analyst, "Two-thirds of population growth in the next 20 years will be as a result of immigration. Such an increase in our population will put even further pressure on our public services such as housing, schools and hospitals."

The index gave the UK a self-sufficiency rating of just 25.8 per cent. At current levels, Britain's dependency on other countries' resources is predicted to increase to 90 per cent by 2032. At 35th rank, the United States fares better than Britain.

The index measures nations on the basis of several criterion including ecological footprint, bio-capacity, dependency, actual population, sustainable population, self sufficiency and overpopulation.

"The ecological footprint measures the area of biologically productive land and water (bio-capacity) required to produce the resources and absorb the waste of a given population or activity," says the index 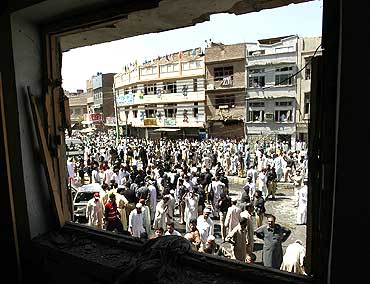 Pakistan, the sixth most populous nation in the world, is the 39th most crowded one.

It is less crowded than the US and India, according to the index.

Overpopulation is the difference between actual and sustainable populations," says the index 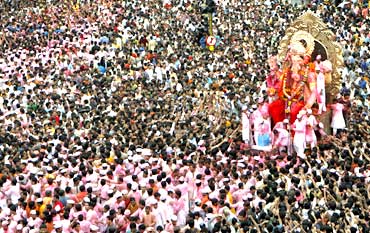 Though it is the second most populous country in the world, India is ranked 33rd by the index.

It has a dependency percentage of 55.1 per cent on other nations and an ecological footprint of 0.77.

The index calculates that India is overpopulated by 594.32 million people.

The index examined data available from over 130 nations and found that 77 of them are overpopulated. That means that these nations are consuming more resources than they are producing and are dependent on other countries, and the earth, to compensate for that. 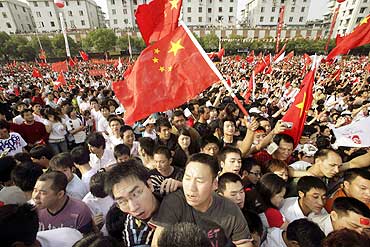 The most populous nation on earth is ranked the 29th most crowded.

China has a dependency percentage of 53.9 and is overpopulated by 716.57 million people.