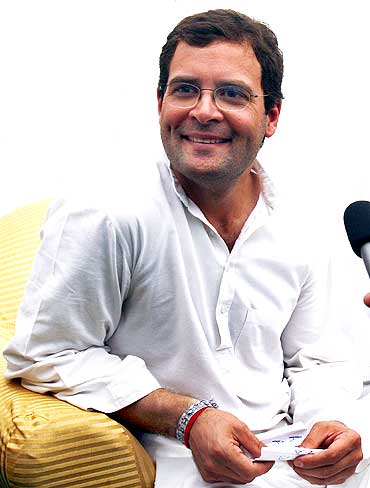 The better a politician looks, the more his chances of appearing on television, says a new study.

That would explain why Congress general secretary Rahul Gandhi is one of the most photographed politicians in India.  In spite of the fact that Gandhi rarely expresses his opinion on any national issue, never gives an interview and keeps the media at a respectable distance.

In a nation brimming with politicians who are either octogenarians or not too pleasant to look at (to put it politely), the 40-year-old leader stands out. With his dimpled grin and dashing looks, anything the Gandhi scion does hits the headlines. 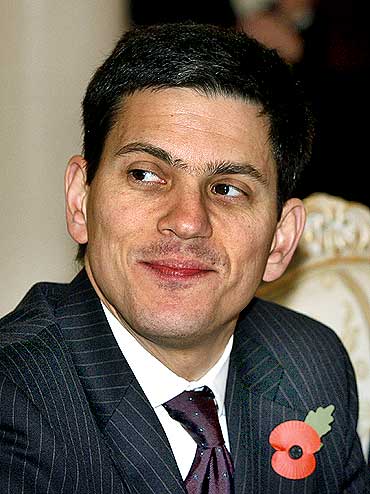 "Seeing as there are those politicians who enjoy and seek out media coverage more than others, we wanted to examine whether motivation and effort to achieve media exposure are the factors that actually determine the amount of coverage," said the team of researchers who worked on the study.

Another case in point is former British Foreign Secretary David Miliband, who recently made a bid for the leadership of the Labour party.

The camera-friendly Miliband has a Facebook page dedicated to his 'hotness'. In an interview, United States Secretary of State Hillary Clinton admitted that she had a 'big crush' on the politician. "He is so vibrant, vital, attractive, smart," gushed the otherwise politically correct leader. 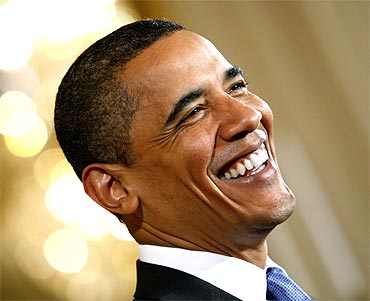 As the President of the United States, Barack Obama is anyway the most widely photographed head of the state in the world. But it doesn't hurt that the most powerful man on earth also happens to be very good looking.

In a list compiled by the Los Angeles Times, Obama emerged as the hottest elected representative. He has 'set the example in being one of the sexiest politicians,' said the daily. 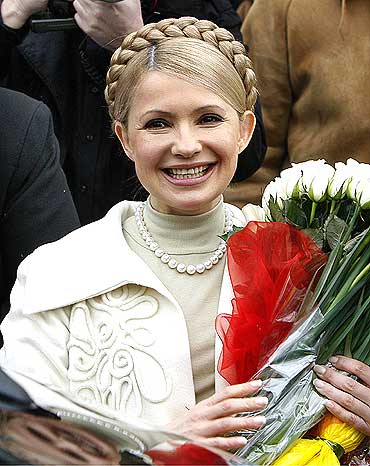 "But this study has revealed that physical appearance and attractiveness has an effect regardless," the researchers noted.

Former Ukrainian Prime Minister and Opposition leader Yulia Tymoshenko is regularly listed among the most powerful women in the world.

The leader, famous for her fiery speeches, is also well known for her angelic smile and trademark blonde braids.

As an American daily mischievously observed recently, "Yulia Tymoshenko is definitely bringing the sexy back to Ukraine". 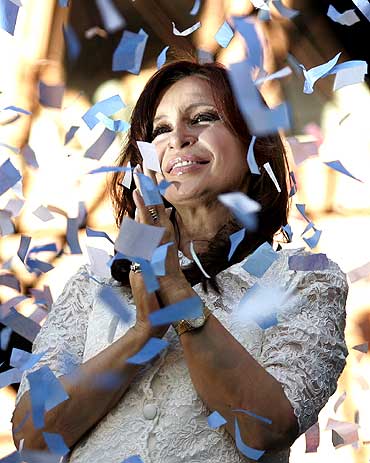 "Nowadays, publicists and campaigners, as well as politicians themselves, are aware of the importance of media skills. Our study demonstrates how being attentive to outward appearance must be included in these skills, seeing as it can increase the politician's exposure through the media," the researchers concluded.

President of Argentina Cristina Fernandez is another leader who always finds a mention in two lists -- the most powerful women and the most attractive politicians.

The First Lady-turned-head of state is always immaculately turned out and is extremely conscious of her image. She has even been criticised for her penchant for designer labels and luxurious lifestyle. But the stylish President proved that she was no softie when she kicked up a diplomatic row with the mighty United States recently.