Explained: What the Karnataka mining row is about 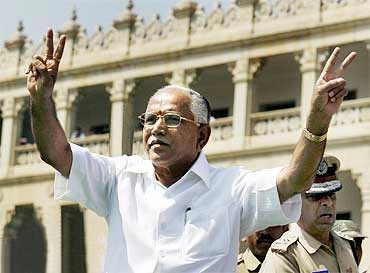 The Karnataka legislative assembly is in disarray and the Opposition has refused to let proceedings begin until the chief minister orders a Central Bureau of Investigation probe into the illegal mining.

The chief minister, who holds the mines and forests portfolio, sought to checkmate the opposition. On the floor of the house, the CM sought to explain that it is the members of the other parties who are resorting to illegal mining and if he found anyone in his own party doing the same, he would act upon it.

Rediff.com's Vicky Nanjappa explains what the whole issue is all about.

Click next to learn about what may be India's biggest scandal.

What is illegal mining? 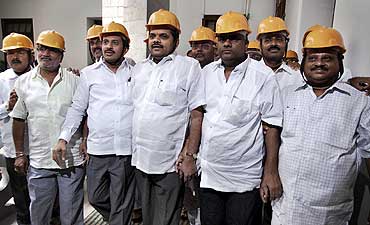 The Karnataka mines and minerals department grants licence on the basis of the recommendation by the government to carry out mining activities. The licence clearly earmarks the area on which mining can be carried out. It also earmarks exactly how much ore can be extracted. The mining company has to pay Rs 27 per metric tonne of ore extracted to the state government.

However, various investigations conducted over the years show that mining activity is carried out in areas that are not earmarked by the government. A report by the state Lokayukta clearly states that illegal mining is carried out in forest areas and the ore is being transported illegally. Karnataka alone has over 9,000 million tonnes of iron ore resources, the bulk of which is magnetite. The production during 2007-08 crossed 47 million tonnes.

The production is mainly concentrated in the Bellary/Hospet area with the balance from Chitradurga, Bagalkot and Tumkur districts. When the chief minister made the statement, he said that nearly 30 million tonnes had been exported in the last seven years. The report on illegal mining states that in the last year alone 7.1 million tonnes of ore was extracted and transported illegally to various ports, though exports of the ore dropped by 20 per cent.

Another method of siphoning off the ore involves overloading trucks. A person with a legal mining licence will extract more than the prescribed quantity and overload trucks. The Karnataka Lokayukta Justice Santosh Hegde says that most of trucks are overloaded beyond the prescribed limit with illegal ore. During a raid by his officials earlier this year, one night alone they found 99 trucks that we overloaded.

How is it done? 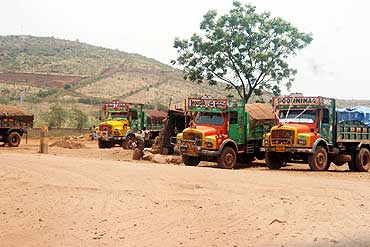 There have also been allegations of mining barons tampering with the state borders to suit their purpose. A matter pertaining to altering the Andhra-Karnataka border in order to mine more than the prescribed limit is pending before the court.

The Lokayukta report makes it clear that it has become very easy to transport illegal ore out of Karnataka. The biggest problem is the corruption at check-posts Between Bellary and Bilikere port (from where the ore is shipped out) there are eight check posts and most of the illegal ore has been transported on this road. Not a single case has been booked against any lorry or mining company till date in the past three years. Not a single case has been booked and not one officer has been charged for dereliction of duty.

Once these trucks make it past the check posts, they are loaded into containers at the ports and then transported. The question now is how they manage export the ore despite it being illegal. Nearly 200 fake permits were seized by Karnataka police last year. Each of these permits had originated from Andhra Pradesh while the trucks carrying the ore were from Karnataka. These permits show an inflated figure and the illegal miners manage to export the ore.

What is the government's stand on the issue? 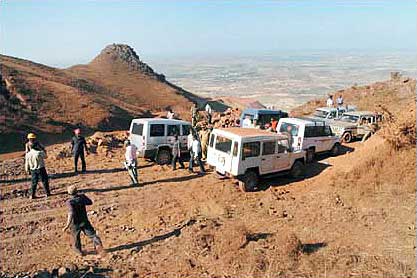 In Karnataka, mining and the Reddy brothers, who are cabinet ministers, are synonymous. The CM however disputes this outright and says that leaders belonging to all political parties are involved in this racket. The CM says since 2003 successive governments have granted mining licenses for their kith and kin.

In the Lokayukta report submitted in December 2008, it recommended that Rs 23.22 crore be recovered from Dharam Singh for giving illegal mining leases. Before the government initiated action, the then governor had asked the state government to drop the case under Lokayukta Act section 12/4, Yeddyurappa alleged.

Why does the opposition want a CBI probe? 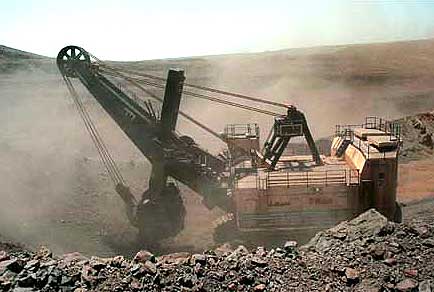 Despite the CID and the Lokayukta probing the mining scam, the Opposition wants a CBI probe. The logic behind a CBI probe is because it is felt that only this agency would have the jurisdiction since the issue has inter-state ramifications. The CM has however ruled out a CBI probe for now.

New policy: Despite the BJP in Karnataka stating that it has initiated a new policy to curb illegal mining, there is a big loophole in it which permits existing owners to continue with their activity. The new amendment to the mines and minerals act bans export of ore. However the amendment is silent if it applies to existing miners. The opposition says that the biggest problem is from the existing owners and hence this amendment makes no sense. However, Yeddyurappa has passed the buck on to the Centre and says that an amendment relating to existing users can be brought about only from New Delhi.