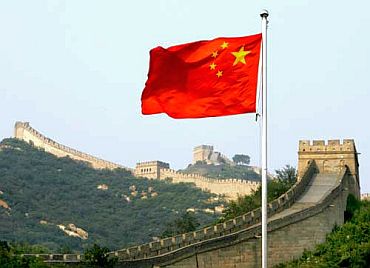 China is providing tacit support to Pakistan in its jihadi strategy with an aim to pin down half a million Indian troops in Kashmir, a leading European security expert has said.

Beijing has provided direct protection to these terrorist groups at the UN Security Council's 1267 committee, blocking efforts against Jamaat-ud-Dawa (the Lashkar-e-Tayiba front)," Andrew Small, an European expert has said.

Writing in the latest issues of the Washington Quarterly journal, Small of German Marshall Fund of the US said that the Chinese managed to bar action against JuD, until political pressure on Pakistan escalated after the LeT involvement in the November 2008 Mumbai attacks. 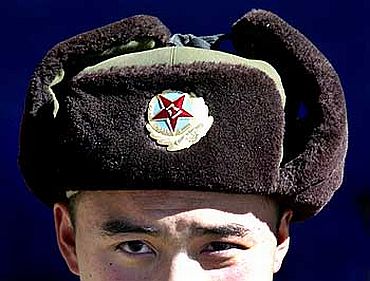 Labelling the Chinese policy as that of "managing tensions" in the South Asian region, the security expert said this was at odds with the US which was working hard to convince Pakistan to move away from India-centric military strategy.

Small also said that China had propped up Pakistan's conventional military capabilities by providing full spectrum of support to Islamabad's air and land missiles and 'tacit support for the jihadi strategy that has helped to bind half-a-million troops in Kashmir.'

Based in Brussels, Small noted that the Chinese approach in the case of its Af-Pak policy is 'proving increasingly' unsuccessful. 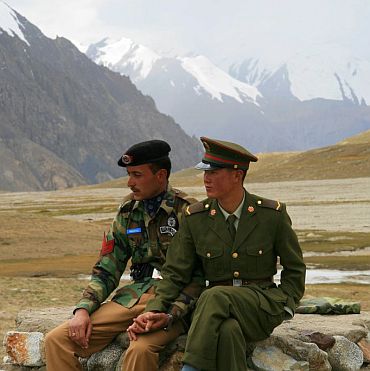 "As is true of its foreign policy elsewhere, China pursues a relatively narrow conception of its interests in Afghanistan and Pakistan, rather than supporting a more widely shared set of goals," he said.

"Security for its workers and major investment projects has deteriorated the Chinese while the US role in the region has expanded, much to Beijng's discomfort," Small said.

"There is a debate starting in China about whether a strategic reassessment is needed, which has already resulted in a few tactical shifts on Beijing's part. But until China is forced to go through a more fundamental reappraisal of its strategy for dealing with extremism in the region, prospects for the US and China to pursue complementary policies will remain limited," he said.

"The strength of the Tehrik-i-Taliban (TTP) has also been a concern to China. While initially sanguine about the Pakistani government's deals in Swat and Buner, they became increasingly worried that the writ of the Pakistani state was running out in a territory that runs dangerously close to the principal Sino-Pakistani trade route, the KKH," he said.