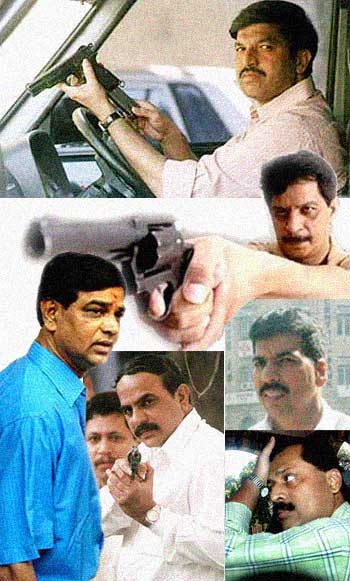 Mumbai's encounter specialists were the pride of Maharashtra police once. Their very presence subdued the hardened of criminals.

As they went about 'cleaning' India's financial capital, taking out elements of the underworld, the men in khaki kept score of the body count for posterity and medals.

But then over the years, allegations of human rights violations, mafia links and corruption muddied the reputation of the gun-toting cops.

Whether they were part of the crimes they were out to erase or were victims of vendetta, we don't know.

What we do know are just numbers. For the record, between 1993 and 2003, in a decade some 600 criminals got wiped off the crime charts.

Rediff.com looks at the career graphs of prominent encounter cops in Mumbai.

The Badshah of encounter specialists 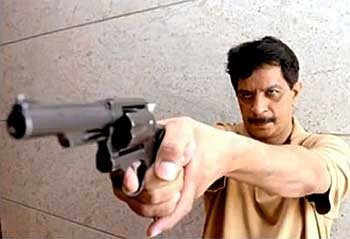 Inspector Pradeep Sharma is considered the badshah (emperor) of encounter specialists in India, with a body count of 113 criminals.

He hails from the famed 1983 police batch that has the rare distinction of nurturing exceptional policemen, including encounter specialists like the late Vijay Salaskar.

There are scores of stories about Sharma -- some legendary, some banal. For instance, he comes home in blood-stained clothes after an encounter and goes off to sleep peacefully after watching a movie in his home theatre system at his well-appointed residence at J B Nagar in suburban Andheri.

In August 2008, he was served with a dismissal order for his alleged mafia links. Though he won his cases before the Maharashtra Administrative Tribunal, he is still to be re-instated. In the meantime, he has been embroiled in another case and a week ago, the unthinkable happened.

He was sitting on the opposite site of the bench at the DN Nagar police station -- the place where he must have interrogated dozens of criminals himself. Sharma was arrested on the charge of killing one Ramnarayan Gupta -- a Chhota Rajan gang henchman -- in a fake encounter.

However, this is not the first time Sharma has had a brush with the law. In the Khwaja Yunus (a accused in the 2002 Ghatkopar blast who was allegedly killed in custody) case, his team bungled badly and though the CID exonerated him, he was transferred to Vidarbha. He took leave and sat at home.

He died a martyr 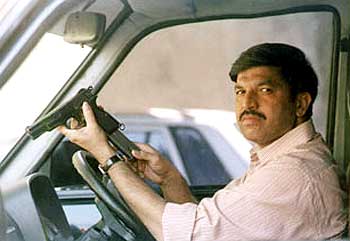 Like Bollywood films, many years ago Pradeep Sharma and Vijay Salaskar were batch mates (1983) and good friends. Then they parted ways and became adversaries.

Like Pradeep Shama, Salaskar was counted as a highly professional and bankable encounter specialist, who would keep tabs on his quarry for a long time before zeroing in on them.

His prized catches were Amar Naik and Sada Pawle in the mid-nineties. He wanted now don-turned politician Arun Gawli's scalp, but a terrified Gawli simply jumped into the political bandwagon to save his skin.

An encounter in Powai, when an 18-year-old witness also got killed, seemed to be his undoing. A case is still pending.

Salaskar was top cop Rakesh Maria's favourite crime branch man. Unfortunately, Salaskar, Hemant Karkare and Ashok Kamte fell to the bullets of Lashkar-e-Tayiba terrorist Ajmal Kasab and his associates during the November 26, 2008 attacks in the city.

Bollywood proved to be his undoing 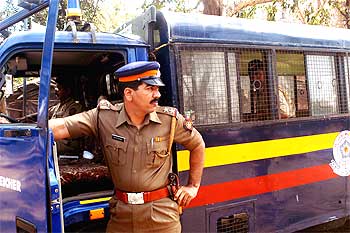 Remember the waiter from a Udipi restaurant, who built a school worth crores back in his village Yennehole in Mangalore and got Bollywood icon Amitabh Bachchan to inaugurate it?

Nana Patekar famously portrayed him in the film Ab Tak Chappan (so far 55); later the body count went up to 83.

It is often said that Daya Nayak's fascination with Bollywood proved to be his undoing.

Nayak's hit list does not include any prominent criminals. His troubles began when his one-time confidante Ketan Tirodkar fell out with him. Tirodkar went on to file a private case in the MCOCA court against Nayak.

He got suspended after Tarique Khan, a shop owner from the north eastern suburb of Kurla, alleged that Nayak and five other cops kidnapped him and then threatened to bump him off in a fake case if he failed to cough up Rs 5 lakh.

Daya Nayak was another Pradeep Sharma-find, but eventually they fell out. Nayak is in the process of being re-instated.

Best detection officer in the force 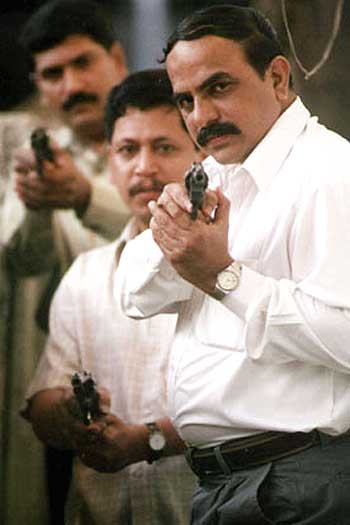 Praful Bhosale and Vijay Salaskar were part of the 'death squad' or encounter squad headed by the then Deputy Commissioner of Police Parambir Singh. Between the two, the encounter squad had decimated the organised crime in South Mumbai.

The famed Naik gang was decimated and Arun Gawli had to seek asylum in politics to save himself from being killed in an encounter.

After being promoted to the rank of inspector, he was given the charge of crime unit at Ghatkopar. In 2002, he gunned down Arif Kalia -- a key Chhota Shakeel gang hitman.

A former bank employee, Bhosale is one of the few encounter specialists who is also good with his investigative skills. He received the Deepak Jog 'best detection officer' award for 2000-01.

His undoing came with the Khwaja Yunus case in which he was arrested along with others for allegedly killing Yunus in police custody and passing it off as an absconding case.

Vaze, another victim of the Khwaja Yunus case 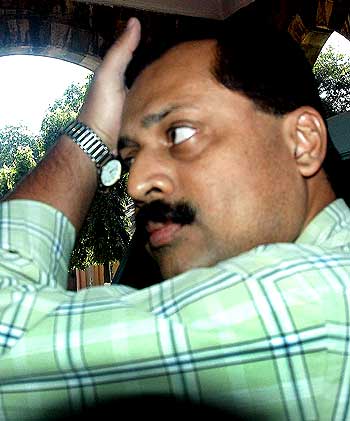 Assistant Police Inspector Sachin Vaze is another Pradeep Sharma prodigy, who made his own niche in the Mumbai Police crime branch.

Vaze has gunned down 63 criminals and would have also scored a century had it not been for an engineer -- Khwaja Yunus -- from Parbhani near Aurangabad in Maharashtra.

In 2003, Vaze claimed that Yunus fled police custody when the police vehicle in which he was being taken met with an accident near Parner.

It was the long legal battle pursued by Yunus family who alleged that their son was killed in police custody and the police had destroyed the evidence by cremating his body. Though Vaze is under suspension, he has tendered his resignation to the department. The resignation, however, has not been accepted.

Now merely a shadow of his former self 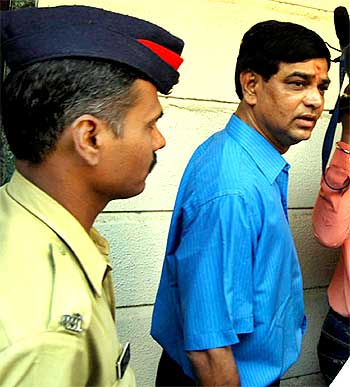 Inspector Ravindra Angre chose to make his mark in Thane, the neighbouring city of Mumbai when his other 1983 batch mates were hogging the limelight in Mumbai.

Building a network of informants, Angre cracked the whip on organised crime in the Thane belt.

Fearing Angre, Suresh Manchekar, an extortionist, was forced to disband his gang and had fled Thane. However, Angre tracked him down to Kolhapur and killed him in an encounter.

Policemen, who have worked with him, have known him for his persistence. He would put his subordinates on round-the-clock vigil in plainclothes for days together. Sources say that when Angre reached a score of 50 encounters, he had hosted a party for his subordinates and a few media friends.

In 2008, he was arrested and put behind bars when a builder from Thane alleged that Angre had demanded money from him. After a year long stay incarceration, Angre is now merely a shadow of his former self.