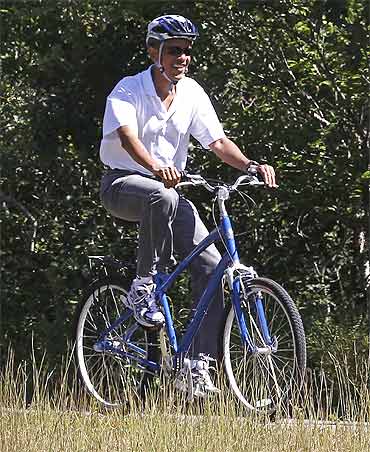 A majority 78 per cent of Muslims and 61 per cent of Jews in the United States have remained among the most ardent supporters of President Barack Obama, whose overall job approval ratings have been falling sharply, according to the Gallup survey.

The survey tracked opinions over a period from January 21 to July 31 this year.

According to The Telegraph, Obama's overall rating in the Gallup poll has slipped from 63 per cent from the January-June 2009 period and 53 per cent in July-December 2009. 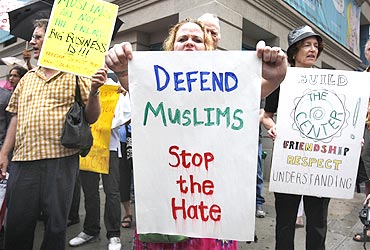 Image: A woman holds a sign in support of the proposed Muslim cultural centre and mosque near Ground Zero
Photographs: Jessica Rinaldi/Reuters

However, Muslims and Jews, which each represent less than two per cent of the US population, have remained largely favourable to Obama, even though his ratings have fallen among people belonging to other religious backgrounds in the country.

According to the poll, President Obama's job approval ratings have fallen significantly between his first six months in office and this year so far, and his ratings among major religious groups have fallen as well.

"The pattern that pertained when Obama first took office, high ratings among Muslims, those with no religious identity, those identifying with non-Christian religions, and Jews; and lower ratings among Protestants and Mormons -- continues today," Gallup said. 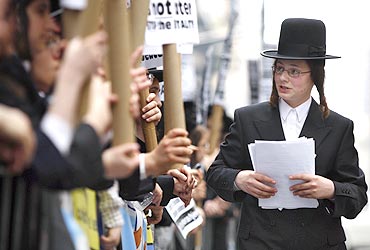 The revelation of the poll has come amid controversy surrounding plans for a mosque and Muslim community centre to be built near Ground Zero, the site of the 9/11 terror attacks.

Earlier this month, a separate poll had revealed that nearly one in four Americans thought that Obama was a Muslim.