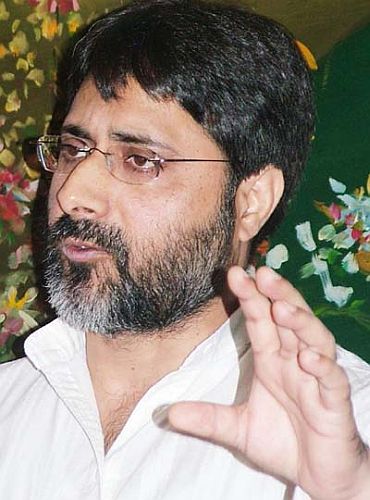 S A R Geelani, the Delhi University lecturer who was acquitted in the Parliament attack case four years ago, has embarked upon an India-wide tour to portray the real picture of the ongoing crisis in Kashmir.

Addressing 100-odd youths in Bengaluru on Thursday, he said that since the media was not telling them the truth, so he had decided to travel across the country and show the reality.

In an interview with rediff.com's Vicky Nanjappa, Geelani speaks about his tour of India and also says that neither India nor Pakistan must decide on Kashmir. Instead, the people should be the ones to decide Kashmir's fate.

What have you been telling the youth of the country about the Kashmir issue?

I have been giving them the real picture. I have been driving home the point that the Kashmir issue is a political one and not a social issue, which the government of India has been trying to portray it as.

The government of India has been saying that all these issues are cropping up due to social issues such as unemployment, but the truth is that this issue is purely political.

'The govt is refusing to understand the problem' 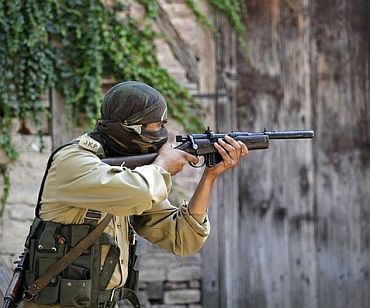 How can you expect any solution if every other day there is so much violence?

The people have spoken about the solutions. In fact, it has been endorsed at an international level too. The violence takes place because people are frustrated and the government is adding to it by creating confusion.

So do you blame the Indian government entirely for this problem?

Yes I do. The government does not want to accept reality and is acting frustrated. Worse, it is refusing to understand the problem on hand. There are hundreds of people dying every day in Kashmir and the government instead of addressing the issue is twisting facts.

What do you mean by twisting facts?

Are you aware that the local media has been barred from covering the Kashmir problem? The government is afraid that the real picture and what the people want will be out in the open. 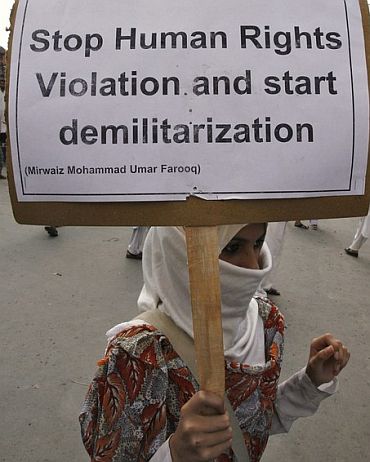 They have selected a team of media persons from New Delhi and flown them in to cover what they want to show. Is this not an attempt to twist facts? By doing so they are misleading the people. The government should open up and face facts, and not act like an ostrich.

How much success have you achieved in this tour of yours?

I see that the youth are convinced and they have started to understand the real picture.

I have told them that the government has, since the past 60 years, been telling its side of the story. Not once has the government told the people the truth.

The reality of Kashmir has never been presented to the people and it is my duty to tell the rest of the country the truth. I have been getting a lot of support, especially down south.

What role is the Lashkar-e-Tayiba playing in the ongoing problem?

This is a picture that the government of India has been portraying. This is a political problem and not a terrorist problem. I am not concerned with what those groups want. I just am interested in what the people of Kashmir want.

'There is a limit to the patience of the people' 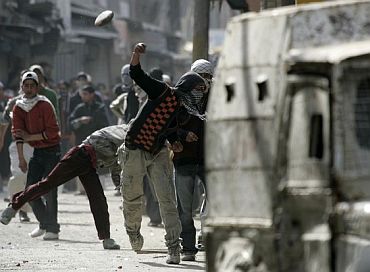 Can an issue ever be resolved with violence?

No it cannot. But there is a limit to the patience of the people. The government should stop putting people in an illusion.

Kashmir has been calm many times. At that time no one comes forward to talk of sort out the issue. Why do they raise their voice only when there is violence?

Is there any hope for peace?

Yes this is hope for peace, but it depends on the government. If they continue to fool the people this issue will never calm down. Peace always has to follow justice.

'Every CM of Kashmir has been a stooge of New Delhi' 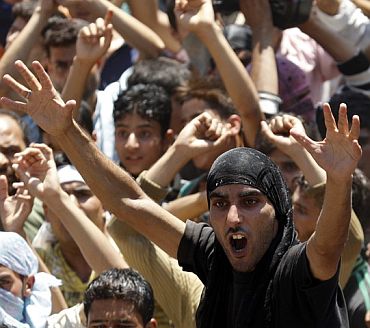 Do you want Kashmir to be part of Pakistan?

Pakistan and India both have interest in Pakistan. But the fact is that Kashmir belongs to the people of Kashmir and they are the principle holders of this place.

How do you rate Omar Abdullah's handling of the situation?

I do not have much to say about him. Every chief minister of Kashmir has been a stooge of the government in Delhi.

However, what he does not realise is that Delhi is trying to portray that there is mis-governance and they are shifting the blame on the chief minister.

Omar has lost his way and has completely misused the Public Safety Act. In fact, what he has done is fill up the jails with old people and school children.