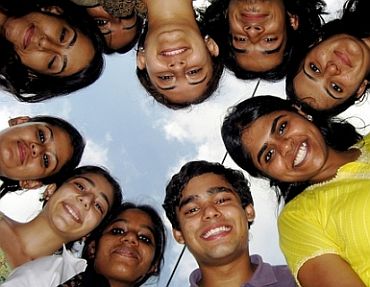 Shishir Bhate believes India has the will and the skill to overcome hurdles and march ahead to become what many already call it: An economic superpower.

Write a column, they said, on the changing India in the 21st century.

About 1,000 words, they ordered. The trouble with 'columns' is that one has to be intelligent, intelligible and profound; no one has ever accused me of being any of those things. So after thinking up, and rejecting, some stirring excuses, I asked if I could be spared the ordeal.

Make it 2,000 words, they sniggered. Their original offer suddenly seemed exceedingly attractive. I jumped at it.

So, has India changed? Let me first put forth an example that relates to a bubbly representative of India's much talked about demographic dividend who is the light and life of my home: My daughter.

But before that let me try my hand at displaying intelligence and profundity: They tell me India is the youngest economy on earth with more than 500 million Indians below 21 years of age. Click on NEXT to read further...

Also Read: Saisuresh Sivaswamy's take on the state of India

Once ignored, population is now our most valued asset 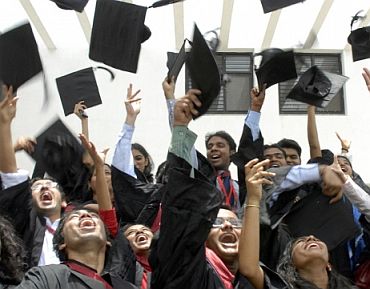 So what was once its biggest drawback -- a huge population beset with millions of educated unemployed, brain drain and hopes worth last year's resolutions -- is now the nation's most valued asset. But back to mine now.

A couple of months ago, while her old man was hard at work and she was enjoying with her friends at some swanky restaurant on south Mumbai's Marine Drive, she called me. "Daddy," she purred, "can I have my first glass of wine with my friends?"

My middle-class sensibilities shook from stem to stern and thoughts of what would have happened if I had asked the same question to my father, a fierce teetotaler, when I was young flashed before me. Decapitation is the word that presents itself to best describe just what the aftermath would have been.

"No," I gulped. "You can have it with me and your mom," I reasoned with an equanimity that would have done Jeeves (of P G Wodehouse fame) proud. "Fine," she said, matter-of-factly. No disappointment, no fear. She did, however, ask for that goblet of wine later and, luckily, didn't really like it. Much, that is. 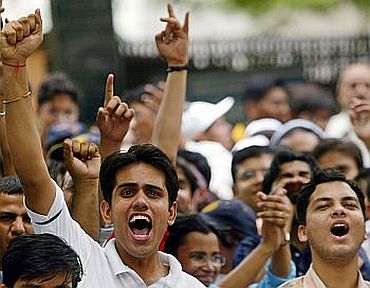 Today's young Indian is confidence personified. She knows what she wants, knows how to go about getting it and has the determination to put in the effort required to get it. The democratisation of information has given her access to better knowledge and education, she is proud of being an Indian and, indeed, respected at being one.

She is highly comfortable in her own skin, unlike most from the previous generation who considered everything 'imported' and everyone 'white' or 'foreign' superior.

Yes, things have changed since I was her age. Fathers, widely regarded as 'fossils' or 'rusted iron' by this 'demographic dividend' (and I have spoken to a few as despondent as yours truly), too have changed. Indian society is far more liberal, accommodating and progressive than it has ever been in its history.

But the biggest transformation that the nation has seen -- and that in turn has impacted all aspects of public life -- has been because India set upon the path of economic liberalisation two decades ago. All at once the bulky, impeding cloak of a socialist mindset has been shrugged off, and the country -- well, at least a significant portion of it -- now envelops itself in the warm blanket of something that suspiciously resembles capitalism. 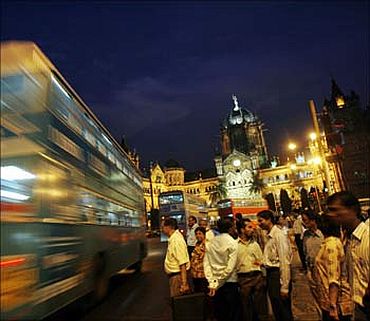 Five things caused this incredible change. The first of these 'things' that brought about awesome change was the economic reforms process, which unleashed the country's true potential. Free from the fetters of State control, a new class of wealth creators emerged that helped create jobs and better lives for many of their countrymen.

The second was the technological transformation that India took to as easily as a fish does to water. The telecommunications revolution brought the once-elusive knowledge tools to people's doorstep and empowered them.

The third was the flood of investment in the country that helped it better its infrastructure and opened up new opportunities for a nation that had by now developed a huge appetite for growth and excellence.

With a population of 1.1 billion, India is one of the world's most attractive future markets and everyone wants to beat -- and is beating -- a path to its door.

The fourth of these was the rise of the all-powerful Indian consumer. As India's middle class grows, so does the demand for information, communications and entertainment devices, among other things.

Western economies now grow at the Hindu rate of growth 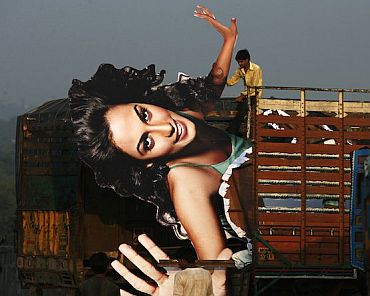 The Indians' increasing purchasing power sparked off a consumption boom that fed on itself and attracted ever more investment driving up the economy at a frenetic pace.

Ironically, the Western economies now grow at the Hindu rate of growth, which was what defined what was wrong with the Indian economy till the 1990s.

The consumer -- urban and rural -- now wields far more power than she ever did. She demands the best and is ready to pay for it. That, in turn, has made businesses change to appease this gigantic market.

And the fifth has been the advent of the Indian entrepreneur with capacities and qualities that rival those of global giants. India is a land of technophiles.

The new-age Indian entrepreneur no longer shies away from competition, has embraced innovation, set new standards in excellence, fortified financial position and, in many cases, given a run for its money to many a multinational.

There are plenty of social evils, but this will change too 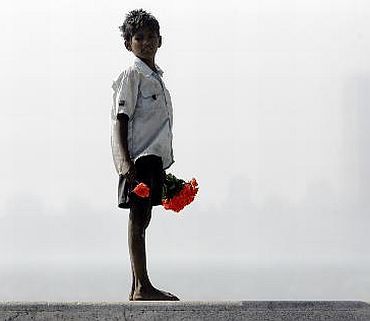 In the globalisation process, Indian is now a major player.

She sits along with the richest at the G20 or G8 tables, at environmental meets, at global policymaking fora... Well, it even lends money to the International Monetary Fund.

Yet, there are ills that persistently plague the country: The fruits of liberalisation have not reached the poorest, starvation deaths have not ended, child labour continues to ravage India's soul, extreme poverty still pervades its towns and villages, 'honour'

killings are in vogue even today, women's emancipation is but a gleam in many an eye, farmer suicides are common enough to barely grab an inch of newsprint, religious fundamentalism is rising

There are plenty of social evils that India continues to grapple with, but this will change too. Nothing is permanent.

Change is visible everywhere in India 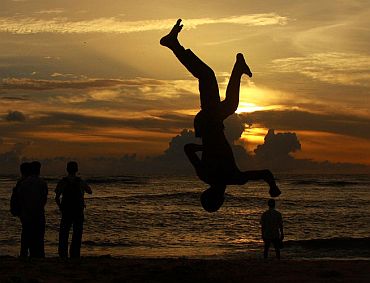 If you take one good look at young India, you will see that she bristles with hope and confidence.

And she has the will and the skill to cross these and other hurdles that could propel India to becoming what many already call it: An economic superpower.

Believe me, change is visible everywhere in India: Whether it is in the projection of a 75-year-old leader as the country's 'youth icon' during the last general election, or the

utterly conservative magazines waxing eloquent on sex, or the small town woman who sells ties on the Internet to global clients, or the farmer tilling the field as he speaks on his mobile phone. Or the indulgent father who allows his young one to visit pubs.