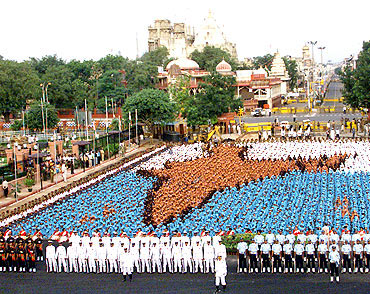 Indians have no way of knowing the truth about so many things that went wrong during our 63 years of freedom, says B Raman

The nation turned 63 on Sunday. We need to take stock on all the things we have not yet achieved.

Our failure to force our political class to bring about greater transparency in governance, administration and national security management should top the list. We, the citizens of India, have been kept in the dark by all political parties that have ruled the country since 1947 about one wrong-doing after another. We hardly know the truth about so many things that went wrong during our 63 years of freedom.

We do not know 48 years after the humiliating performance of the Indian Army at the hands of the Chinese army as to why the Indian Army fared badly. Was it due to intelligence failure? Was it due to deficiencies in military command and control? Was it the result of poor political handling? An enquiry was held by the government to determine what went wrong and why.

The report of the committee of inquiry consisting of Lieutenant-General Henderson Brooks and Brigadier P S Bhagat, the then commandant of the Indian Military Academy, has not been shared with the public. It is alleged that the retired lieutenant general, a distinguished Anglo-Indian officer who subsequently settled down abroad, retained a copy of his report which he was readily showing to foreign analysts and observers. Foreigners know the truth about the findings of the committee, but not the citizens of India. 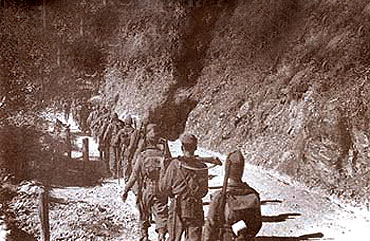 During the 1965 war with Pakistan, the advance of the Indian Army into the Lahore sector was stalled. The army blamed the Indian intelligence for its lacklustre performance in the Lahore sector despite the famous victory scored by our tanks over Pakistan's United States-gifted Patton tanks in the Khemkaran sector.

The army alleged that the intelligence on the Ichogil Canal furnished by the Intelligence Bureau was vague and unhelpful. An inquiry was ordered by an official of the ministry of home affairs. What were the findings of the inquiry? We, the citizens of India, have not been told about it.

In 1966, we were totally taken by surprise by the revolt of the Mizo National Front headed by Laldenga. The Intelligence Bureau was again blamed. An inquiry was held. It was alleged that the inquiry report brought out failings by the Congress leadership in Assam, which facilitated the MNF revolt. The report has remained suppressed for 44 years. 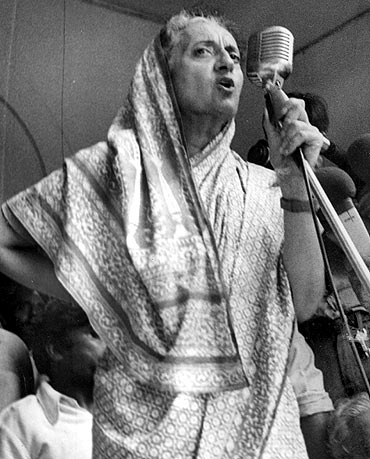 Between 1975 and 1977, the country passed through a dark period in its history when Indira Gandhi imposed a state of Emergency to counter a public agitation against her headed by Jayaprakash Narayan. The press was muzzled. Critics of the government were jailed without any evidence of criminal conduct against them. The intelligence and investigative agencies were misused to spy on Indian citizens in India as well as abroad. We, the citizens of India, still do not know the entire truth of the Emergency. The guilty men and women of the Emergency managed to flourish for years thereafter despite their wrong-doings.

The government of Morarji Desai, which came to power after the defeat of the Congress in the elections of 1977, appointed a high-powered committee headed by L P Singh, who was home secretary in the 1960s, to inquire into allegations regarding the misuse of the intelligence and investigative agencies during the Emergency. Its report has remained hidden from the public.

It has been reported that attempts by some persons to seek access to the papers and files relating to the Emergency under the Right to Information Act have met a stonewall with the reply that the papers are not traceable. 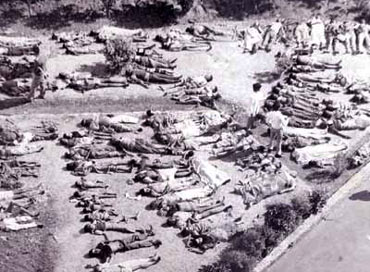 In 1984, the country went through a colossal human tragedy in Bhopal due to the leakage of poisonous gas from the Union Carbide factory. Thousands of innocent civilians died immediately after the accident. Thousands more continue to die as a result of the after-effects of the gas.

Twenty-six years after the tragedy, we, the citizens of this country, still do not know who are the guilty men and women of Bhopal. Who ordered the release on bail of Warren Andersen, the US-based Chairman of the Union Carbide Corporation, and helped him to leave the country and why? Was there a quid pro quo between the then government headed by Rajiv Gandhi and the Ronald Reagan administration?

If so, what was it? An analyst had drawn attention to the fact that the son of a senior Muslim Congress leader, who was close to Indira Gandhi and Rajiv Gandhi, was then facing prosecution in the US under some criminal charges and frantic efforts were allegedly being made by the Congress and the government to persuade the Reagan administration to drop the case against him and let him return to India.

Was this the quid pro quo? No answers are possible because no papers are available. Important decisions involving the fate of thousands of victims of the tragedy were taken and the papers related to them are supposedly untraceable. Take it or leave it. We the citizens of India have been left with no other option. 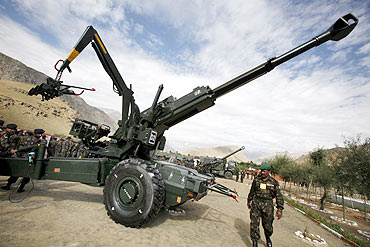 Between 1987 and 1989, the country passed through one of the greatest public scandals relating to the purchase of the Bofors guns by the Indian Army. The then government misused the intelligence and investigative agencies to prevent the truth from coming out, as blatantly as the Richard Nixon-led administration in the US in the Watergate scandal. The Nixon administration could not ultimately succeed in its cover-up. Many heads rolled. Nixon was forced out of office in humiliation. In our country? Not all the relevant questions have found an answer. No heads have rolled.

One can go on citing many more such instances. That need not be necessary. Is there no way of breaking this stonewall which repeatedly seeks to prevent the citizens of this country from knowing the truth?

There it is. Wikileaks has shown the way. It is time for an Indian version of WikiLeaks. That is the crying need of the hour.