Saisuresh Sivaswamy on the state of India 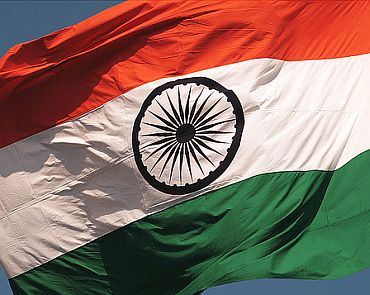 Image: Images used for representational purposes only
Photographs: Reuters
Saisuresh Sivaswamy believes that glitz, glamour and 'ignited' minds apart, there exists an unbridgeable disconnect between the ruler and the ruled in India.

For someone returning to India after a gap, the first thing that hits you is the change.

It is all around you in India, even in the smaller towns and villages where satellite television has acted as the great leveller. You must be blind to not see the change, or dense to not sense it in the air around. Yes, a million mutinies loom as always, but what has changed is in the confidence to face them.

The change is reflected not just in the glittering towers, the sweeping reach of white goods once considered luxuries, automobiles on the road, in the glitz and glamour dished out by the largest film industry in the world.

There is a new India in the mindsets as well, one that doesn't want anything to do with the old shibboleths, or yesterday's dogmas, or to walk the trodden path -- witnessed in the diverse educational options, the radical career choices.

It is an India that is unafraid of trying, never mind the outcome. Where India was defensive, even apologetic, about itself, this India of the young is brash, impatient.

We have seen it all happen many times before 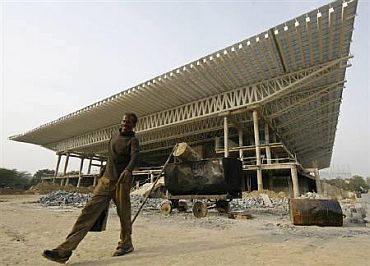 Image: The site of the Commonwealth Games
Photographs: Reuters

As sector after sector recasts its rules to adjust to this new reality, of a bold and young India, one group seems to have not heard the bugle call of change. The tragedy is, this group is at the head of the table.

Three recent events show up the chasm between the leaders and the people they claim to represent.

With few weeks remaining for the Commonwealth Games, the largest sporting spectacle that India has ever hosted, you will expect a media carpet-bombing on the world-class facilities, the grandeur of the stadiums, the awe-inspiring infrastructure, etc. Instead, what we have been seeing are mind-numbing instances of financial malfeasance, official complicity, and brazenness in the face of exposure.

With billions of rupees allotted for the games, we are not talking of small change but of amounts big enough to change India's physiognomy if expended on the social sector. And with politicians in charge of India's sporting federations and Olympic association, the widespread fear is that their status, and not the nation's, has changed.

Because we have seen it all happen many times before.

Nothing has changed. Nor it will in future 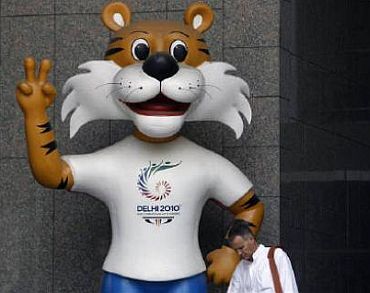 What has been drowned out in the charges over filthy lucre is the focus on India's sporting talent and preparedness, which is why India is hosting the games in the first place.

And the scam cuts across party lines, so even as various political parties go hammer and tongs at the government in Parliament over the shocking allegations of complicity, everyone knows that it is all part of political posturing and nothing has changed. Nor will anything change.

After all, this script has been played out so many times in the past by different political parties, when India was still a hobbled giant, that it no longer elicits even the customary shrug of indifference.

Fattening on the common weal is not the only thing that is unchanged about India, there is also the reluctance to get off the back foot when dealing with hardened adversaries -- as illustrated by no less than Indian Foreign Minister S M Krishna in Islamabad last month. 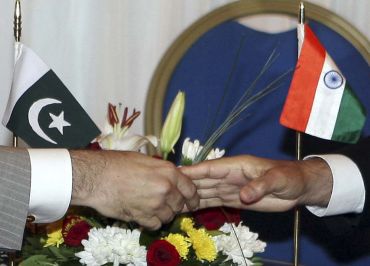 The media interaction at the end of resumed foreign minister-level talks, suspended by a miffed India in the wake of the November 2008 Mumbai terror attacks, brought on a sense of deja vu.

As always, Pakistan had taken the upper hand through sheer grandstanding while India, which has a stronger case against its western neighbour, responded with its traditional defensiveness, much like how its batsmen once faced up to Pakistani quicks on the cricket field.

As S M Qureshi ticked off Indian Home Secretary G K Pillai over naming the Inter Services Intelligence as the mastermind of the Mumbai terror attacks and equated Pillai to terrorist Hafeez Saeed, did Krishna have to keep a dignified silence?

It may have won him brownie points among the Old School Tie network, but the minister's reluctance to defend the home secretary was out of sync with the nation watching it live in disbelief.

Why is India a four-letter word in Kashmir? 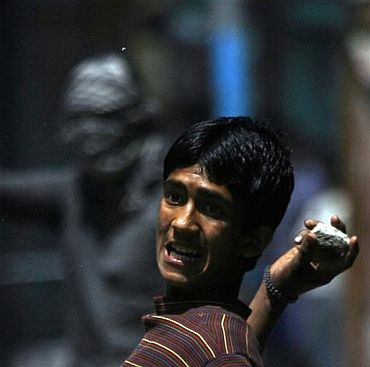 South Block, which houses the ministry of external affairs, could well take a few tips from the Men in Blue -- as India's cricket players have come to be known -- on how to overcome the Pakistani bogey. Captain Mahendra Singh Dhoni's team, after all, is a fitting metaphor for the new India: Refusing to be cowed down by adversity, and carrying the battle to the enemy.

But nothing represents the persistence of Old India-style politics in the face of failure as does Jammu and Kashmir. After 63 years of governance, why is the constituency for India shrinking in the valley? Why are the protests getting shriller? Despite the humongous loss in human lives trying to hold on to the region and the billions pumped in there, why is India a four-letter word in the region?

As a restive populace in the border state picks up stones to beat the Indian State back, and as the people in other parts of the country begin to wonder when it will all end, the polity has nothing to offer in its cupboard.

The establishment knows it must hold on to this volatile territory, for its existence as a pluralistic society depends on it, but it doesn't know how to win Kashmir without losing India.

India is in a sorry state, but we'll survive this 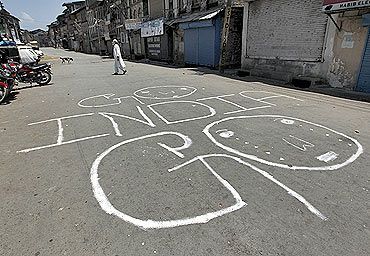 More than any other challenge, Kashmir represents the intellectual paucity of Old India. It can't be entirely due to the geriatric nature of Indian politics, where at 50-plus years of age one is considered youthful -- after all, when the young Omar Abdullah took over as J&K chief minister, it was hoped he would be the harbinger of change.

In the two years he has been in office -- but very little of it in power -- things sure changed, but for the worse. Abdullah Jr has no idea of either the problem or the solution, and he comes off only slightly better than the other great hope in the valley, Mehbooba Mufti, and that by virtue of pledging his troth to India, while the latter keeps her options eternally open.

As the stone-pelters and the men in khaki stare each other down, what is on balance is the future of India as we know it. It is obvious that no prescriptions from the past will work, but when the doctor refuses to tailor the treatment to the patient's constitution there is little hope of a cure.

India, unfortunately, is in sorry state where there is an unbridgeable disconnect between the ruler and the ruled. The positive thought is that we have overcome worse, and will no doubt survive this one as well.