The damage will be known after six months 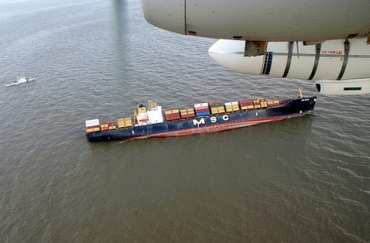 The impact of the oil spill off Mumbai on the marine life can be ascertained only after six months to a year, said well-known marine biologist Deepak Apte.

Apte, who is also a member of the Bombay Natural History Society (BNHS) which is currently doing a study on behalf of the Coast Guard, said bigger creatures such as fish would move to unpolluted waters away from the spills reach and hence they would not be affected, but smaller organisms who live close to the coast are under threat.

Explained: Oil spill and its consequences

Danger spills all over 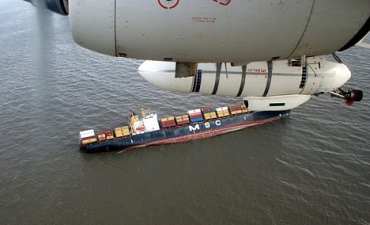 "The oil spill will eventually be washed towards the shores where organisms such as crabs, prawns and lobsters would have hatched their eggs. The eggs and offsprings run the risk of being choked once the shores are engulfed by the oil," said Apte.

Since monsoon being the breeding season, Apte said, the spill's impact would be noticed only after six months to a year and that, too, through systematic monitoring.

He explained the marine creatures that are endangered by the oil slick are part of a food chain and their absence threatens to collapse the entire marine ecosystem off Mumbai.

Water close to Mumbai shores will be contaminated 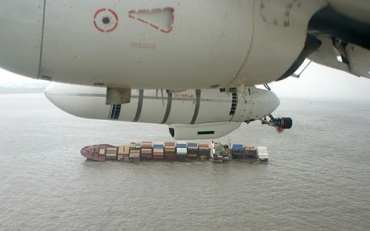 Apte added that the water close to Mumbai shores was already quite polluted and the spill has made it worse.

The marine expert said the oil spill made the water highly contaminated and it would be near to impossible to remove all the traces of oil physically.

"It would take years for the sea to remove the large presence of oil through natural means," said Apte.

SMIT International, Singapore, which is conducting the damage-control operations, has picked up 25 floating tankers from the sea.

The containers have been picked up with the help of a floating crane and two tugs. The firm has also sought an accommodation barge that would be used for pumping of the remaining oil from the ship. 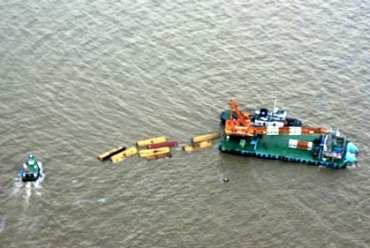 Chief Minister Ashok Chavan, who on Tuesday had a meeting with Coast Guard Jawaharlal Nehru Port Trust officials, instructed that the channel should be clear by Thursday or Friday as ships carrying goods that are vital for Mumbai like oil tankers are stranded.

Chavan has asked officials to ensure that the channel is kept clear so that these ships could resume their supply. He has also asked for publicising the numbers on containers that contain hazardous cargo so that people do not come in contact with them. 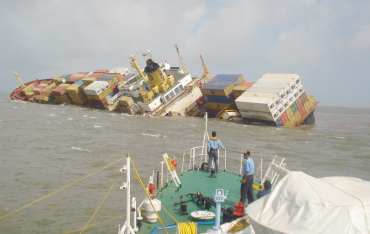 The government feels such danger could happen if people open containers thinking that they contain biscuits and chocolates.

Meanwhile, the Directorate General of Shipping said no further seepage of oil is expected from the cargo ship if the vessel remains stable in its present condition.