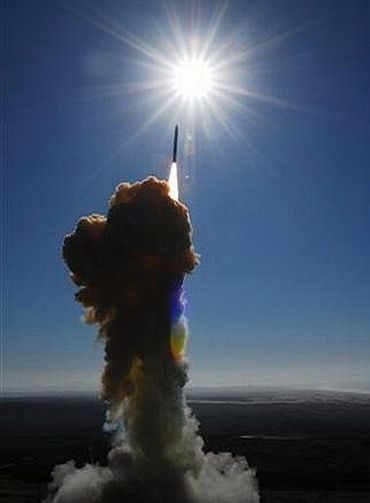 Russia and United States may be retiring their Cold War nuclear arsenal, yet they continue to produce new or modernised nuclear weapons, a report titled 'Global nuclear weapons inventories, 1945-2010' says.

The report, authored by Robert S Norris and Hans M Kristensen, says that the stockpiles of the nations that are not recognised as nuclear weapon states under the Nuclear Non-Proliferation Treaty -- India, Pakistan, Israel and North Korea -- are minuscule in comparison with those of Russia and the United States and are especially difficult to estimate.

"India and Pakistan have a combined total of approximately 150 nuclear warheads, just a few more than what is carried on a single US Trident submarine," the report says.

Rediff.com takes a look at the arsenal of the nine nuclear States. ...

Pakistan has more warheads than India 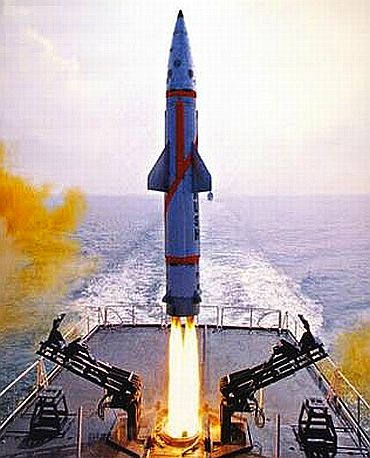 Image: India's nuclear-capable ballistic missile 'Dhanush', with a range of 350 km, being test-fired from a naval ship off the Orissa coast

Neither India nor Pakistan has released official information to the public regarding the size of their nuclear arsenals.

The majority of India and Pakistan's warheads are not yet operationally deployed.

Both countries are believed to be increasing their stockpiles.

China may have 100 long-range ballistic missiles in 15 years 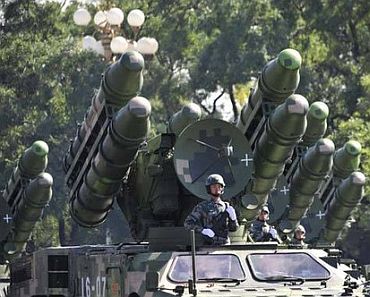 The US intelligence community predicts that China will increase its total number of warheads on long-range ballistic missiles from about 50 to well over 100 in the next 15 years.

US has an estimated 9,400 intact warheads 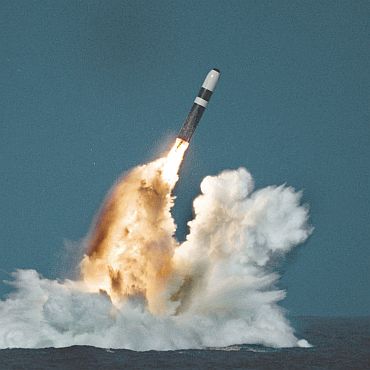 According to the report, the United States possesses an estimated 9,400 intact warheads. This includes approximately 5,100 warheads in the custody of the Pentagon: 2,468 of these weapons are considered operational; the other 2,600 are spares centrally stored in reserve.

The Energy Department is believed to store 3,500-4,500 intact but retired warheads; these are slated for dismantlement by 2022 at the Pantex Plant near Amarillo, Texas, the report revealed.

Of the more than 70,000 warheads that the United States has produced since 1945, more than 60,000 have been disassembled -- more than 13,000 of these since 1990, it said, adding however that the US has retained nearly 14,000 plutonium cores (pits) from its dismantled warheads, storing them at the Pantex Plant.

It also stores some 5,000 canned assemblies (secondaries) at the Y-12 facility in Tennessee. The United States is modifying existing warheads under so called life extension programme, and the 2010 Nuclear Posture Review leaves the door open for replacement warheads in the future.

Russia has a backlog of warheads to be dismantled 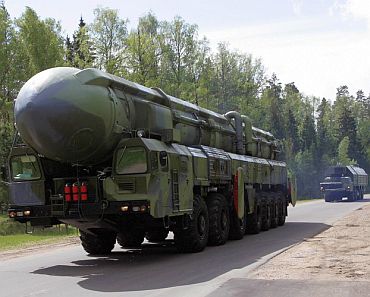 Image: A Russian strategic nuclear missile on its way for inspection by President Medvedev at the Teikovo Strategic Missile base in Russia's Ivanovo region

Russia has released very little information about the size of its stockpile, and its future plans are not known. The Bulletin of Atomic Scientists estimates that since 1949 the Soviet Union/Russia has produced some 55,000 nuclear warheads and that it had about 30,000 warheads in 1991 at the end of the Cold War.

Based on statements from Russian officials and US assessments of Russian dismantlement rates, it is estimated that the number of intact Russian warheads to be approximately 12,000, of which about 4,650 are considered operational.

Over the past two decades, two trends have emerged: Russia has been decreasing its deployed/operational forces, and at the same time it has been reducing its number of intact warheads via an ongoing dismantlement effort. The former has outpaced the latter, leaving a large backlog of warheads to be eventually taken apart.

Russia has continued to reproduce existing nuclear warhead designs, as opposed to the US approach of extending the life of warheads, but production of new systems is thought to be slow.

Britain is looking to upgrade its arsenal 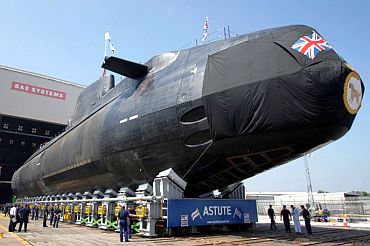 Image: The British nuclear submarine HMS Astute can carry up to 48 nuclear warheads

According to the British government, "fewer than 160" of the warheads are operationally available, and one SSBN with "up to 48 warheads" is on patrol at any given time.

A decision about upgrading the warhead is expected in the near future.

The British arsenal peaked in the 1970s at 350 warheads, and Britain is estimated to have produced approximately 1,200 warheads since 1953.

France has stockpile of 300 warheads 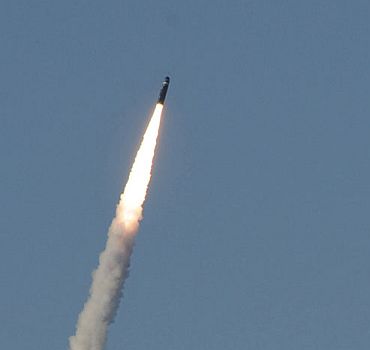 There are approximately 300 warheads in France's nuclear stockpile, down from some 540 in 1992.

In March 2008, President Nicolas Sarkozy had announced that the French arsenal would be reduced to slightly fewer than 300 warheads.

It is estimated that France has produced more than 1,260 nuclear warheads since 1964.

France is expected to deploy the M51 SLBM with a modified warhead on the Terrible SSBN this year, and it has already begun to introduce its new nuclear cruise missile, the Air-Sol Moyenne Portee-A.

Israel's nuke programme is no secret 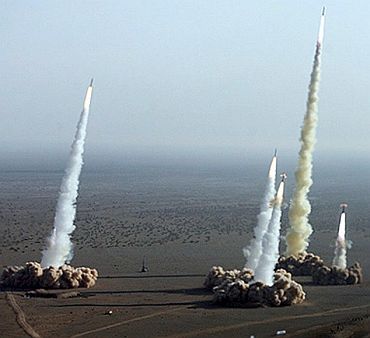 In keeping with its policy of nuclear opacity, Israel has neither confirmed nor denied possession of nuclear weapons.

However, the US Defence Intelligence Agency (DIA) concluded in 1999 that Israel had produced approximately 80 warheads.

The DIA projected that Israel's nuclear stockpile would only modestly increase by 2020.

Israel is estimated to have produced enough fissile material sufficient for 115 190 warheads.

Are we underestimating North Korea? 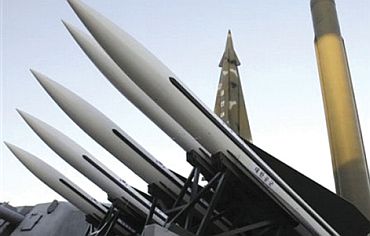 Despite two nuclear tests and production of enough plutonium for 8-12 nuclear bombs, North Korea has yet to demonstrate that it has operationalised any weapons.

The US intelligence community has yet to credit North Korea's missile systems with a nuclear weapons capability, meaning that Pyongyang is not believed to be capable of delivering a nuclear warhead with a missile.