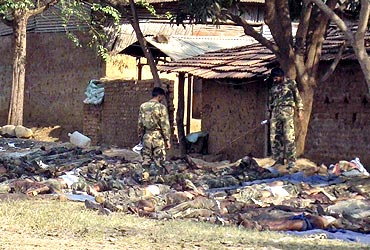 Image: Policemen look at the bodies of CRPF men, who were killed in a Maoist attack at Dantewada
Photographs: Reuters
In the deadliest attack on security forces, Maoists trapped and gunned down 76 security personnel during Operation Green Hunt, an offensive against the Left-wing extremists, on Tuesday morning in the thick forests of Mukrana in Dantewada district of Chattisgarh. 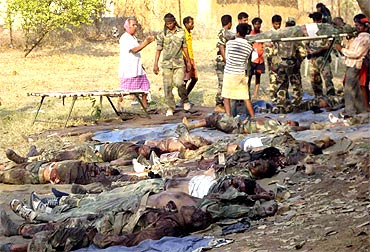 Image: Bodies of policemen who were killed in a Maoist attack, seen lying on the ground
Photographs: Reuters

The incident took place between 6 am and 7 am, when nearly 80 personnel from the Central Reserve Police Force and the state police were returning after opening a road for the troops, to begin an operation against Maoists. 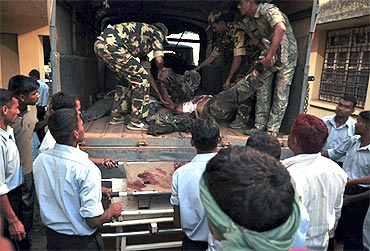 Image: Bodies of CRPF men being removed from a vehicle in Jagdalpur

The CRPF team had been camping in the interiors of Tarmetla jungles for the last three days as part of a combing operation and area domination exercise. 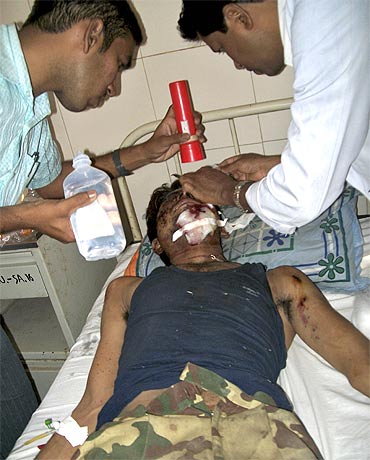 Image: Doctors attend to a policeman who was wounded in the attack 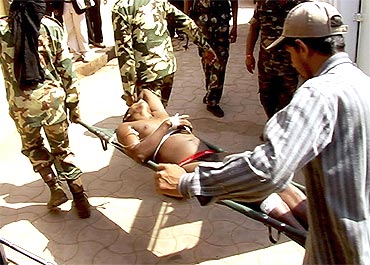 Image: A video grab shows a policeman, wounded in the attack, being rushed to a hospital

On Wednesday, Home Minister Chidambaram paid homage to the victims at Ground Zero.
Print this
article