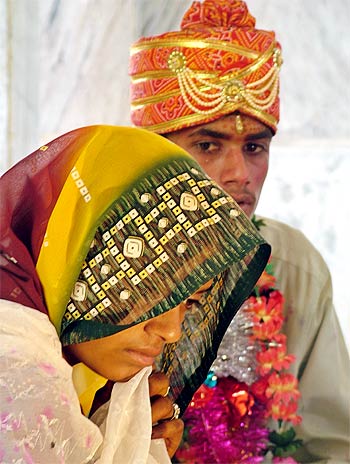 One third of the world's child brides live in India, which also accounts for a large number of unregistered births, according to a UNICEF report.

The new report titled 'Progress for Children: A Report Card on Child Protection' says that despite rising literacy levels and legal prohibition, tradition and religious practices are keeping child marriage alive in India.

Highlighting that South Asia has more child marriages than any other region, the report points out that both India and Nepal have a high rate of child marriage involving boys, which is 10 per cent or higher. The report notes that an estimated 47 per cent of children born in 2007, who were not registered at birth, were South Asian, and out of these 24 million children 16 million were from India.

"Understanding the extent of abuses of children's rights is a first step to building an environment where children are protected and have the opportunity to reach their full potential," she added.

"We need data for action... we can be sure that what we do is the right thing if our actions are based on evidence," UNICEF Child Protection chief Susan Bissell said. 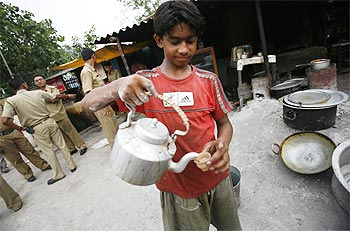 On the child labour front, UNICEF estimates that 150 million children between the age group 5-14 years worldwide are engaged in child labour.

The report says that 13 per cent of South Asian children -- around 44 million -- are engaged in child labour.

Out of these 29 million live in India but vast regional divergences exist -- from 32 per cent in Gujarat to 3 per cent in Goa and Kerala. Based on these statistics, it recommends that regional targeting policies aimed at eliminating child labour are essential.

Children's Work, an inter-agency project of the International Labour Organisation, the World Bank and UNICEF, also finds a reduction in children's engagement in economic activity in most countries, including large ones such as India, Brazil and Mexico. 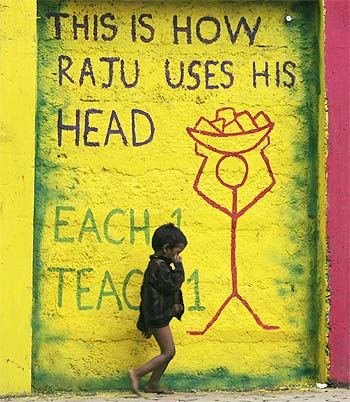 UNICEF underlines widespread trafficking of children for labour, prostitution and domestic help between India and Bangladesh.

Many Nepali children end up being exploited in India, whereas many Pakistani boys and girls are taken to Afghanistan.

The report finds very little emphasis has been placed by South Asian nations to protect their children against trafficking.

"The evidence of continuing harm and abuse must inspire the world to greater effort to guarantee the rights of all children, everywhere," said Veneman.