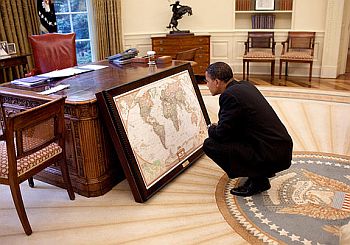 US President Barack Obama was picked up as the surprise winner of 2009 Nobel Peace Prize for his "extraordinary" efforts to strengthen international diplomacy, hardly less than a year after coming to power.

Obama has as President created a new climate in international politics, a statement released by the Norwegian Nobel Committee said, lauding his vision of a world without nuclear weapons.

It was because of Obama's effort that multi-lateral diplomacy has regained a central position, with emphasis on the role that the United Nations and other international institutions can play, the statement said.

Forty eight-year-old Obama is the fourth US President to win the Nobel Peace Prize.

The prize committee said the US President's vision of a world free from nuclear arms has powerfully stimulated disarmament and arms control negotiations.

Obama was honoured "for his extraordinary efforts to strengthen international diplomacy and cooperation between peoples," it said.

"Thanks to Obama's initiative, the USA is now playing a more constructive role in meeting the great climatic challenges the world is confronting. Democracy and human rights are to be strengthened," it said. 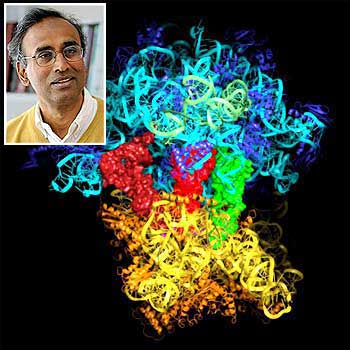 Tamil Nadu-born Venkatraman Ramakrishnan, a senior scientist at the MRC Laboratory of Molecular Biology at Cambridge, has been awarded the Nobel Prize in Chemistry for 2009 along with two others, the Nobel Committee announced on Wednesday.

Born in 1952 in Chidambaram, Ramakrishnan shares the Nobel prize with Thomas E Steitz (US) and Ada E Yonath (Israel) for their "studies of the structure and function of the ribosome".

All three have used a method called X-ray crystallography to map the position for each and every one of the hundreds of thousands of atoms that make up the ribosome, it said.

"This year's three Laureates have all generated 3D models that show how different antibiotics bind to the ribosome. These models are now used by scientists to develop new antibiotics, directly assisting the saving of lives and decreasing humanity's suffering," the citation said. 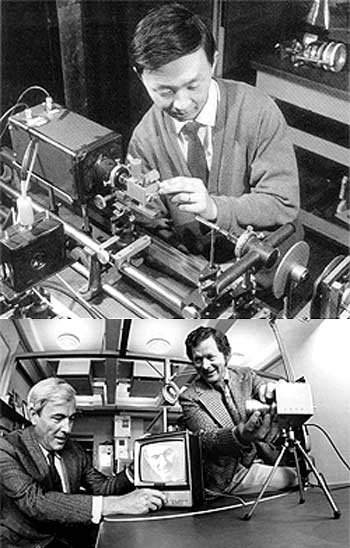 Image: (Top) Charles Kao at work in his laboratory at Harlow, England in 1966. (Bottom) Boyle and Smith
Photographs: Alcatel-Lucent/Bell Labs

Three scientists have been awarded with the 2009 Nobel Prize in Physics for two scientific achievements that have helped to shape the foundations of today's networked societies.

British American scientist Charles K Kao, who worked at Standard Telecommunications Laboratories in Harlow, UK, and taught at the Chinese University in Hong Kong, will share the 10 million kronor ($1.4 million or Rs 6.7 crore) prize with Willard S Boyle and George E Smith of Bell Laboratories in Murray Hill, New Jersey, the Nobel Assembly said in Stockholm.
Kao will get half of amount, while US scientists Boyle and Smith split the remainder.

In 1966, Charles K. Kao made a discovery that led to a breakthrough in fiber optics. He carefully calculated how to transmit light over long distances via optical glass fibers.

With a fiber of purest glass it would be possible to transmit light signals over 100 kilometers, compared to only 20 meters for the fibers available in the 1960s.

These low-loss glass fibers facilitate global broadband communication such as the Internet. Light flows in thin threads of glass, and it carries almost all of the telephony and data traffic in each and every direction. Text, music, images and video can be transferred around the globe in a split second.

In 1969, Willard S. Boyle and George E. Smith invented the first successful imaging technology using a digital sensor, a CCD (Charge-Coupled Device). The CCD technology makes use of the photoelectric effect, as theorized by Albert Einstein and for which he was awarded the 1921 Nobel Prize. By this effect, light is transformed into electric signals.

The challenge when designing an image sensor was to gather and read out the signals in a large number of image points, pixels, in a short time.

The CCD is the digital camera's electronic eye. It revolutionized photography, as light could now be captured electronically instead of on film. The digital form facilitates the processing and distribution of these images. CCD technology is also used in many medical applications, e.g. imaging the inside of the human body, both for diagnostics and for microsurgery. 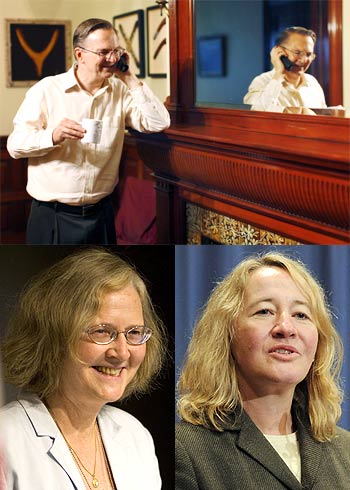 The long, thread-like DNA molecules that carry our genes are packed into chromosomes, the telomeres being the caps on their ends.

Elizabeth Blackburn and Jack Szostak discovered that a unique DNA sequence in the telomeres protects the chromosomes from degradation.

Carol Greider and Elizabeth Blackburn identified telomerase, the enzyme that makes telomere DNA. These discoveries explained how the ends of the chromosomes are protected by the telomeres and that they are built by telomerase.

If the telomeres are shortened, cells age. Conversely, if telomerase activity is high, telomere length is maintained, and cellular senescence is delayed.

This is the case in cancer cells, which can be considered to have eternal life. Certain inherited diseases, in contrast, are characterized by a defective telomerase, resulting in damaged cells.

The Nobel Prize recognised the discovery of a fundamental mechanism in the cell, a discovery that stimulated the development of new therapeutic strategies. 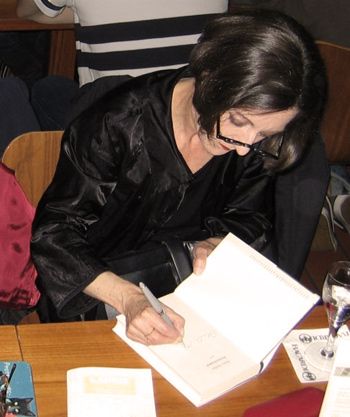 The Literature Nobel for 2009 was awarded to Herta Muller who, with the concentration of poetry and the frankness of prose, depicted the landscape of the dispossessed.

The 1953 born German author made her debut with the collection of short stories Niederungen (1982), which was censored in Romania.

Two years later, she published the uncensored version in Germany and, in the same year, Druckender Tango in Romania. In these two works, M ller depicts life in a small, German-speaking village and the corruption, intolerance and repression to be found there.

The Romanian national press was very critical of these works while, outside of Romania, the German press received them very positively.

Because M ller had publicly criticized the dictatorship in Romania, she was prohibited from publishing in her own country. In 1987, Muller emigrated with her husband and author, Richard Wagner.