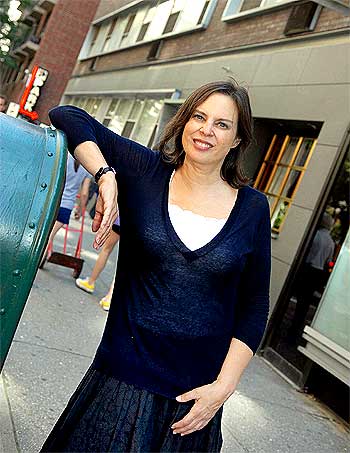 In her well-regarded book The Red Devil: A Memoir of Beating the Odds, published in 2001, Katherine Russell Rich discussed how she had survived a lumpectomy, radiation, chemotherapy and hormones, a bone marrow transplant and alternative healing techniques in her fight against breast cancer.

Three years after her bone marrow transplant and one week after her mother died, her cancer recurred.

She suspects that her cancer was somehow connected to emotions, first through a bad marriage and then her mother's death, and wonders if she would have survived if she had not been feisty and determined to fight the disease. Rich also spent a year in Rajasthan studying advanced Hindi and is the author of the her second book Dreaming in Hindi:  Coming Awake in Another Language which took some six years to write and revise.

What are some of the most important things you tell people who are astounded not only at your two decades of fight against cancer but also your productivity as a language learner and writer? What is the status of your cancer?

The status is very good. I'm an odd case, because my official diagnosis is stage four cancer, and usually with stage four of the kind of cancer I have, the prognosis is very bad -- two-and-a-half years [to live], on average.

But I've now stayed alive with cancer for 20 years. I'm in a small subcategory who -- for reasons no one understands -- live for 20 or 30 [years] with it.

If someone's reading this and has cancer, or has a loved one or friend who has cancer, I'd tell them: No matter how bad it is, there's hope.

When my cancer came back, it was eating through my spine. The tumors were growing so fast, they bent me into a fetal position. They were cracking my spine, breaking bones -- and it was absolutely certain to everyone I had no hope.

But then something happened and the situation turned around and here I am, years later, walking around with the same dumb problems everyone else has. And I'm so grateful for every one of them, so grateful to be here.

'Just live until you die' 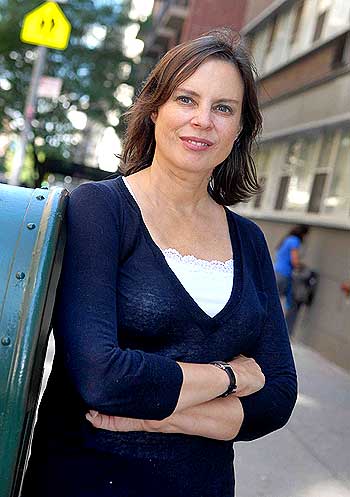 What were some of the things that helped you fight cancer?

One of the things that got me through the darkest days was to make a gratitude list. I'd write down everything I was grateful for in my life and it helped me to see what a good life I had, despite the illness. I still do that.

Here's another lesson I learned: When my cancer came back, I was despondent for a lot of reason, and one was that I saw I hadn't made much of a difference in the world. My life up till then and from that vantage point looked selfish and superficial.

I vowed that if I lived, I'd do something to make a difference in the world. And when I did live, I became a writer.

I've campaigned for cancer funding in my work, and now I've written a book that's aimed, in part, in getting Americans to try other languages. We're so monolingual!

What does Dreaming in Hindi owe to your fight with cancer?

When I was sitting down to write the book, my agent and I decided I'd put in a lot about neuroscience. And when I'd tell people I planned to write about that, I remember a couple saying, 'But who told you that you could do that?'

Who told you that you could do that! As if there were a board to which you applied to for permission! The answer, of course, was 'I did.'

So I sat down and wrote a book proposal and my agent sent it around and no one said, 'But who told her she could do this?' In fact, a lot of people said: 'We really want to see that.'

The proposal sparked a six-house bidding war. I had my pick of publishers. And cancer, again, taught me a lesson: People believe what you tell them and if you say, 'I'm going to do x, y, z,' often, they'll say, 'Please do.'

You don't need to get seriously ill to absorb this lesson: In the end, you give yourself permission. Or this one: Just live until you die. I used to worry so much, about everything, and boy, did that get worse once my cancer came back.

But should I get a cat? I'd really like to, but what if I'm not here to take care of her? But what if the cancer gets worse next year? But what if run out of money? I was hunkered down, scared, afraid to do anything new, and then one day I thought, but what if you stay alive? What if you keep going and then you look back and realise you wasted all that precious time?

'The ability to believe in something is a powerful force' 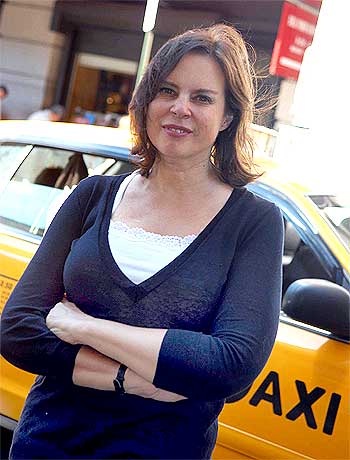 You have spoken and written eloquently about dealing with doctors

I've had a long history now with doctors, and I've learned that when it comes to cancer, they just don't know everything. If you're a cancer patient, you have to learn to question what you're hearing -- to question and to educate yourself and then find the best doctor you can.

When I got sick for the second time and didn't have a prayer -- I thought -- I was put on hormone treatments. They have very little side effects, though they don't work forever. One will run out and then you try another. So I was on one and it was holding the line, when I went to a doctor who was gruff and harried. He told me I'd need to have all-chemo all the time.

When I said, 'But the hormone treatment is working. Can't I just stay on that for now?' he growled at me, 'You want to know how long that's going to work? Four months.' That was sixteen years ago. Not to be disrespectful, but I'm still on hormone treatments and that guy long ago shuffled off this mortal coil.

You are also into alternative medicine and meditation. How do you think these have helped in your fight against cancer and, in general, your emotional health?

When I was really sick, I tried everything alternative I heard about, thinking, well maybe something will work. And maybe something did -- I mean, here I am, kicking. I loved alternative treatments because they made some sense that I really needed that I was in control.

If you're given a year or two to live, you're in utter darkness, so helpless. But by taking herbs or vitamins or seeing a spiritual healer or eating a healthy diet, I could feel like I was doing something to help myself.

Okay, now I have a terrible confession to make though! I'm out of crises and I have to confess -- I'm back to a lot of my same old slovenly ways. I eat too many sweets. I forget to exercise. Meditation? Haven't done that in months. I guess that just means I'm alive and human, and more power to that.

'I love how in India, women can get old and not be ostracised' 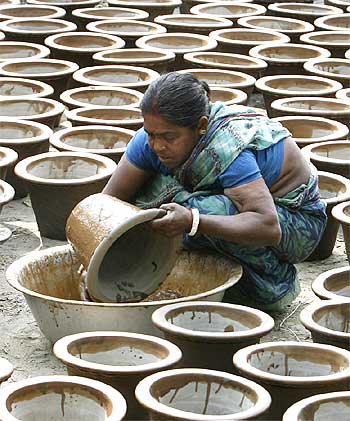 Many patients are afraid to tell their physicians that they want to take alternative medicine. How did you resolve the problem?

I resolve the problem by having a doctor I can talk to, who won't make me feel embarrassed about anything I want to tell him. His name's George Raptis, and he's just fantastic. Smart as they come, compassionate, sensible. I consider that we're in partnership together.

He doesn't automatically pooh-pooh alternative treatments. Often, he'll say, 'Fine by me.' But I know he really does need to know what I'm taking on the side because sometimes alternative treatments can interfere with traditional medicine. Some alternative stuff can cancel out the Western medicine, and then you've wasted your time at best, and possibly endangered your health.

I rely on George Raptis to be up to date on bad combinations and to warn me off anything undesirable. But I also rely on him to understand the importance of the placebo effect -- to know that even if he thinks something doesn't work, that if I do and it's not something harmful, to be careful not to extinguish my belief.

There really is something to the placebo affect. People often get better when they take something that's a placebo -- of no proven effectiveness. I swear, sometimes, placebos have kept me a live. The ability to believe in something is a powerful force and needs to be treated with respect.

What are some of the most important things women should remember in dealing with doctors, especially those who have cancer?

They need to remember that doctors are human beings and that human beings aren't infallible. Even the best of them make mistakes; the good ones acknowledge these mistakes and grow from them. But some doctors don't admit to mistakes; in fact, they may be slipshod or burned out or arrogant and make them repeatedly.

Some doctors are in jobs they shouldn't be in. If your doctor's manner or advice repeatedly makes you feel uneasy, don't worry about hurting his/her feelings. Find someone you can have trust in. There are terrific doctors out there and you deserve one. There's no reason to shortchange yourself on health.

How did your year-long stay in India help in your fight against cancer?

One of the reasons I loved being in India was that people there don't insist on absolute perfection. Here in the States, we do. If you get sick, it's an aberration. People will say: Did you smoke? Did you exercise? If you get old -- or more to the point, look old -- it's like you failed the program.

And if you die -- oh my goodness, you messed up! You didn't eat right! You weren't taking your vitamins! What were you thinking?!

I have a friend now who's sick with cancer and he keeps saying, 'I'm so mad. I did everything right.' And I just want to comfort him and say, 'But these things happen,' except that's not going to help. He's so imbued with this way of thinking, he feels like the answer failed him.

I didn't find these attitudes in India so much and I hope India never absorbs them from the West. I love how in India, women can get old and not be ostracised. People respect their parents. Things happen -- sometimes you get sick, sometimes you're well. Chakravad, an Indian friend says; it's like a wheel.
More
Print this
article