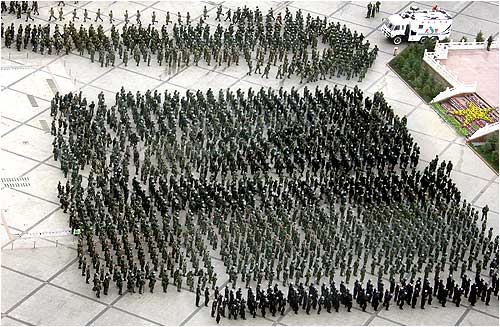 Image: Chinese soldiers and policemen in riot gear stand together on the main square in the city of Urumqi in Xinjiang Autonomous Region
Photographs: David Gray/Reuters

A senior official has warned that China will execute anyone found to be behind the riots that have rocked the north-western city of Urumqi.

Sky News quoted Li Zhi, the Communist party boss of Urumqi, as saying that the government would seek the death penalty over bloody protests in the capital of Xinjiang.

Many detained, most of them students 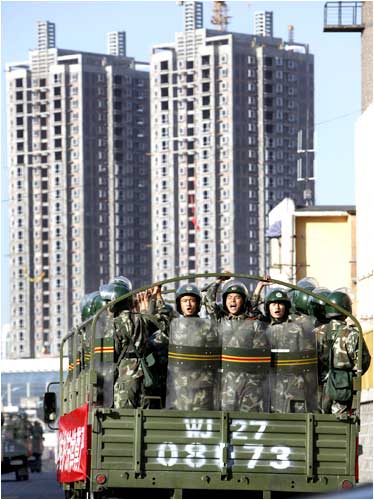 Image: Chinese troops shout slogans as they ride a truck on the main street of Urumqi
Photographs: Nir Elias/Reuters

He told reporters that the situation in Urumqi was stable after several days of ethnic violence and that security forces had taken over the control of the streets.

Zhi said many people accused of murder had already been detained and that most of them were students. 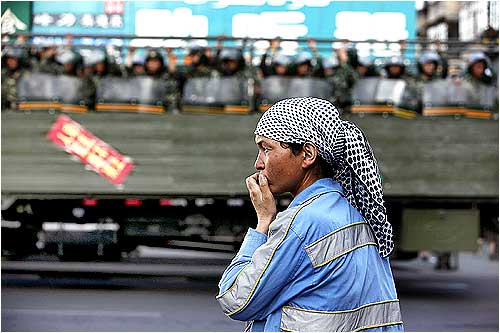 Image: An ethnic Uighur woman stands on the side of the road as Chinese troops ride on a truck
Photographs: Nir Elias/Reuters

The violence has already caused President Hu Jintao to cut short a visit to Italy to attend the G8 summit. 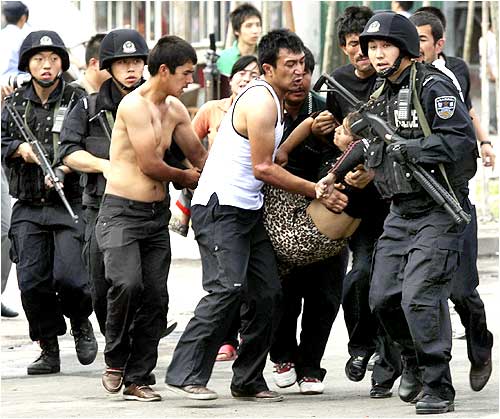 Image: Policemen carry a woman who had fainted on a street in Urumqi
Photographs: China Daily/Reuters

But the number of Han Chinese in the region has risen from six per cent in 1949 to more than 40 per cent now.

Critics say it is part of a policy of Han Chinese migration to dilute any nationalist tendencies. 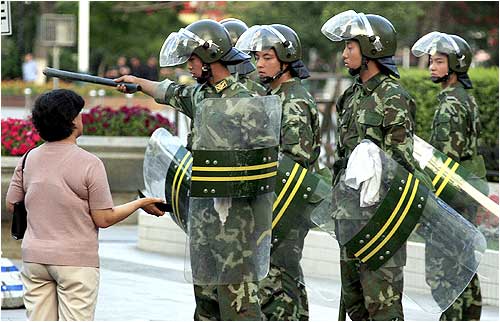 Image: Chinese soldiers tell a woman to move on as they enforce a curfew in Urumqi
Photographs: David Gray/Reuters

More than 1,000 people have been wounded in the region and 1,434 arrested during the unrest.

The pledge, reported by the state media, was the first public comment by top leaders on the violence that has left 156 people dead in the city of Urumqi. 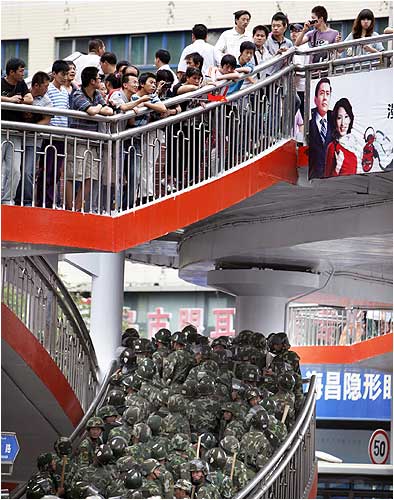 The government has deployed thousands of troops to bring the situation under control.

President Hu Jintao was forced to leave the G8 summit in Italy on Wednesday to attend to the crisis.