It's an odd world out there 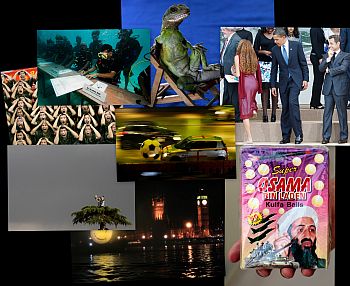 The flip side of life often goes unnoticed. They say a mark of a good photograph is its ability to convey not just the message but also its various hues.

rediff.com has listed some odd moments captured through 2009. 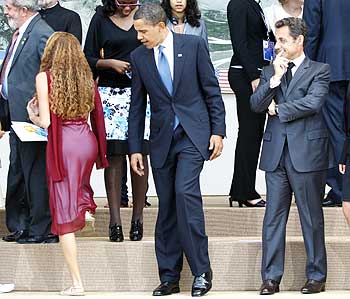 Let your imagination run riot on this one. 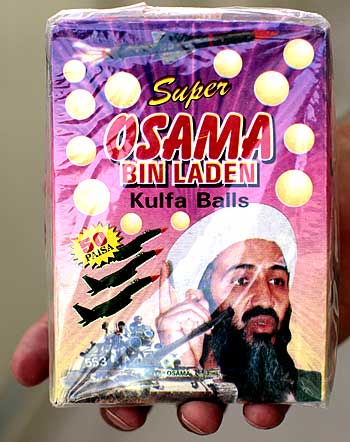 Image: Nobody can have just one
Photographs: Jorge Silva/Reuters

Not quite a headache 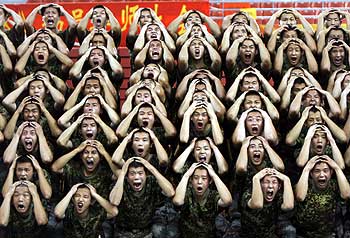 People's Liberation Army soldiers perform during a rehearsal of a musical drama entitled 'The Road of Revival' at a gymnasium in Beijing on August 19.

The musical drama is part of celebrations for October's 60th anniversary of the founding of Communist China, with the highlight being a massive parade by the PLA through the centre of Beijing. 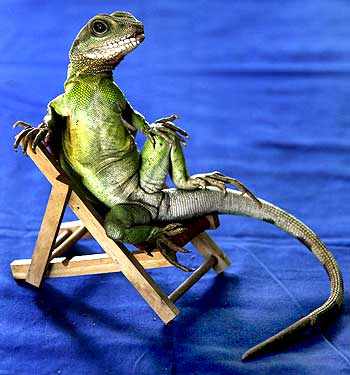 Image: Dragon on the chair
Photographs: Sukree Sukplang/Reuters
A one-year-old water dragon poses in a chair during training by her owner in the outskirts of Bangkok on September 10.

Santisak Dulapitak has been training his animals to appear in advertisements and movies for more than two decades. 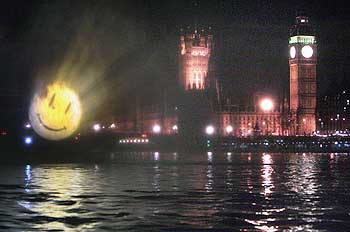 Image: The Watchmen logo
Photographs: Luke MacGregor/Reuters
A logo to promote the film The Watchmen is projected onto fine spray water screen over the River Thames near to the Houses of Parliament in London on March 4. 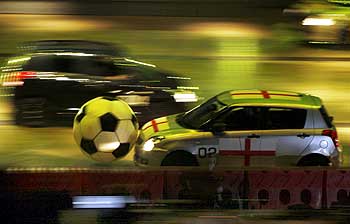 The British TV show was holding its first Asian tour to the territory. 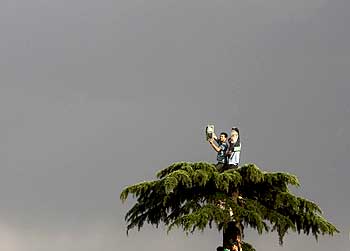 Image: Mousavi's supporters protest on a tree
Photographs: Morteza Nikoubazl/Reuters
Men hold campaign posters as they sit atop a tree during a rally in support of defeated Iranian presidential candidate Mirhossein Mousavi in Tehran on June 15.

One for the climate cause 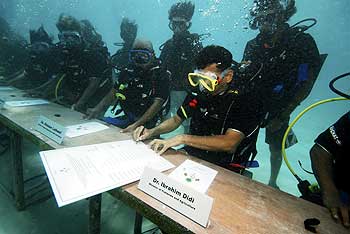 Image: Underwater cabinet meeting in Maldives
Photographs: Maldives Government/Handout/Reuters
Maldivian Minister of Fisheries and Agriculture Ibrahim Didi signs a declaration calling on countries to cut down carbon dioxide emissions ahead of a major UN climate change conference in December, in the Maldives, October 17.

The Maldivian president and ministers held the world's first underwater cabinet meeting, in a symbolic cry for help over rising sea levels that threaten the tropical archipelago's existence.
More