This MP refused to take a pay hike 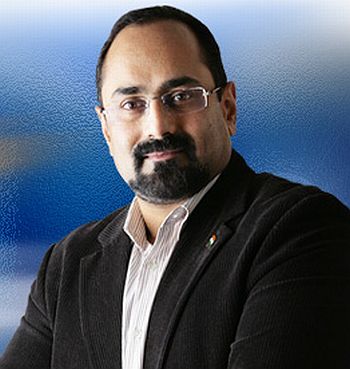 Member of Parliament Rajeev Chandrashekar, in a letter to Prime Minister Manmohan Singh, has declined to take the salary hike stating that there was a long pending demand by the armed forces veterans for One Rank, One pension.

Rajeev Chandrashekhar, who is the only lawmaker to reject the salary hike, communicated to the prime minister that he would not reconsider his decision until the government re-examines the issue of One Rank One Pension.

He further states that the government should have a more sympathetic view on the matter.

"The government is quick to offer generous salary hikes to MPs, but was needlessly dragging its feet on the long pending demands of the ex-servicemen," he said, adding, "the actions of the government sent very misleading and somewhat dangerous signals to the people that there are two sets of standards in this country -- that public service and duty to nation as, exemplified by the Armed Forces veterans, are secondary to political expediency and politics."

Saying that his action as an independent member of Rajya Sabha may not amount to much, and in the kind of politics being practiced today, he hoped there are people in the government and in the political system who value ideals and principles and will deem his letter worthy of response.