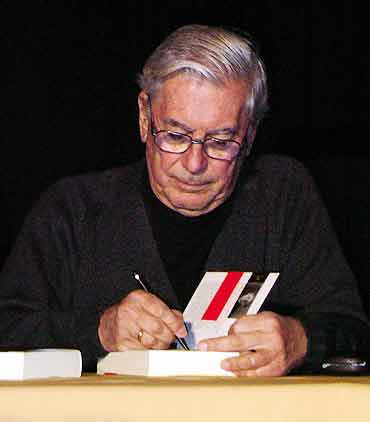 Peruvian author Mario Vargas Llosa has won the Nobel Prize for literature in 2010.

Llosa is a prominent author, journalist, essayist and political activist, who is known for his literary work depicting the workings of Peruvian society.

Some of his most prominent works include The Time of the Hero, The Green House, Conversation in the Cathedral, Captain Pantoja and the Special Service and Aunt Julia and the Scriptwriter.

His novels cover the genres of murder mysteries, comedies and political thrillers.

Incidentally, Llosa also ran for the presidency of Peru in 1990 as the representative of a centre-right coalition. He later described his decision as a terrible mistake, but admitted that the experience has taught him a lot about Peruvian culture.

After Colombian author and fellow Nobel Prize winner Gabriel Garcia Marquez decided to take a break from writing, Llosa has often been hailed as the 'most important Latin American writer working today'.

According to the Nobel Foundation, Llosa won the award "for his cartography of structures of power and his trenchant images of the individual's resistance, revolt, and defeat".

Mario Vargas Llosa, the Art of Fiction No. 120